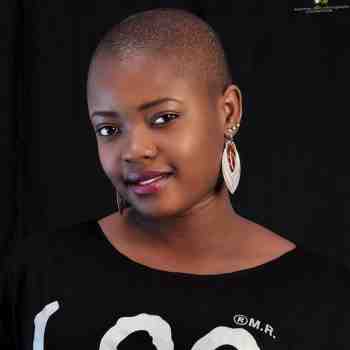 On 22 October 2002 Jamaica singer shaggy release his 6 studio album lucky day. 3 singles were release from the album, among them is strength of a woman.

A line-phrase in the song captured the writer’s imagination about the type of lady-girl-woman every African man including the writer, like Ice prince want to marry.

The word marriage would chase young men like me into a ghost bomb territory. In fact the idea of me finding love would run somebody off. But in the world of assumption; let say; if shaggy lyrics were actually meant for his found love, then most of us won’t mind jumping in front of train to get to that lady.

The idea behind matrimony is being happy; there is no happiness like the joy you derive from your family. Our Family are our strength. They sum of our part wonder into the desert of bachelorhood when all we see or reveal our weaknesses.

Legendary Billy Ocean used to think that love was just a fairy tale. Simply not understanding why that first hello, why that first smile would suddenly have a new meaning to us.

With her smile She will keeps you….with her style she will advise you….with her strength, she will encourage you….she sacrifice for you….and when everyone doubt you, she believes in you more than you believed in yourself. At the end, you’ll have her signature all over you.

If ever as a man, old or like myself, you ever found that woman, treat her like a queen, don’t yell at her. Listen to her. For Shaggy still wonders how the world would be; if GOD is a woman. We might never know. But don’t ever underestimate the strength of a woman… because you will have nothing if you don’t have her!

FROM AN ANONYMOUS QUEST WRITER

About Haruna Magaji 2481 Articles
Haruna Magaji is a journalist, foreign policy expert and closet musician. He is a graduate of ABU Zaria and a member of the Nigerian union of journalists. JSA, as he is fondly called, resides in Suleja, Abuja. email him at - [email protected]
Facebook
Login
0 Comments
Inline Feedbacks
View all comments