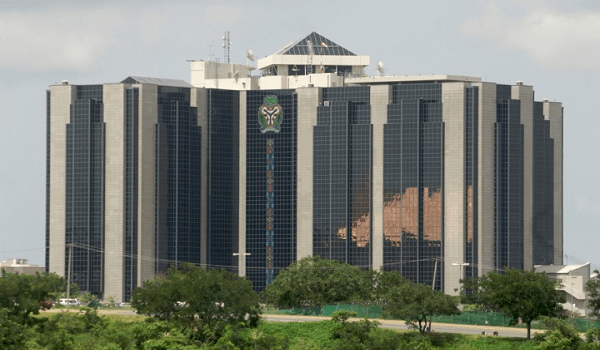 The bank, according to the source, drew the apex bank’s anger for buying $25million at the official rate and selling same way above the inter-bank market rate.

Apart from the hefty fine, the commercial bank’s treasurer is also said to have been suspended by the apex bank that has been battling to rein in unwholesome banking industry practises that have engendered a huge differential between the inter-bank and parallel market rates.

As part of its efforts to bridge the wide gap between the interbank and the Bureau De Change (BDC) segments of the foreign exchange (FX) market, the apex bank, the State Security Service (SSS), the Nigeria Police Force (NPF) and the Bureau De Change Operators (BDCs) also met yesterday over the need for the BDCs to adhere to the rules governing foreign exchange transactions.

A reliable source, who attended the closed-door meeting, said the federal government was concerned about the disparity in the FX rate among the three markets.

According to the source, the CBN and the security agencies present at the meeting made the BDC operators to understand that a lot of foreign investors are not comfortable with the wide gap between the three arms of the FX market and would only come in if the situation is addressed.

Therefore, it is anticipated that the initiative would encourage the inflow of FX from foreign portfolio investors.

The President, Association of Bureau De Change Operators of Nigeria (ABCON), Mr. Aminu Gwadabe, who confirmed the development in a phone interview yesterday, said his members had pledged to cooperate with the government.

He explained: “We were told to follow the rules and make sure we cooperate with them. We have agreed to carry our members along on that, in ensuring that compliance is strictly observed. We have been sensitising our members and we have been holding meetings.

“We want to have same regulation that is happening within the banking industry for BDCs. If you go to any bank, you see the FX rates written boldly. So, we have promised the government that we would adhere to the rules. So, we are looking at a rate between N390/$ and N400/$. That is, we buy at N390/$ and sell at N400 to retail customers.”

He said the initiative was to make the parallel market unattractive.

However, last night that some BDC operators who were caught selling FX above the stipulated limit were arrested by security agencies, both in Lagos and Abuja. Those arrested would be prosecuted in order to discourage others from flouting the FX regulations as well as the federal government’s objective.

A top executive of ABCON, who said he was not aware of the arrest, declined to comment on the exact number of BDC operators arrested.

In a related development, the stock market reacted negatively to the news of Donald Trump’s election as US president. Specifically, the Nigerian Stock Exchange (NSE) All-Share Index (ASI) fell by 0.72 per cent to 26,173.69, while market capitalisation shed N65.6 billion to close at N9.0 trillion.

Although the market has been bearish in the past six trading days, operators said the surprising victory of Trump must have further dampened investors’ confidence.

“We acknowledge the possibility that the surprise victory of Trump in the US presidential election could potentially further dampen sentiments, as investors weigh the potential impact on the country given the close trade relationship between Nigeria and the US,” analysts at Meristem Securities Limited said.

The global markets were calm as the S&P 500, Dow Jones, and Nasdaq stock indexes in the US were little changed after the first hour of trading.

Share traders had expected Hillary Clinton to beat Mr. Trump to become the next US president on the back of polling forecasts.

UK and European stock markets have made early losses, with money flowing into safe haven stocks, gold and currencies including the yen.

The UK’s FTSE 100 index initially dropped two per cent before recovering its losses to show a gain of 0.8 per cent in afternoon trading.

France’s Cac index and Germany’s Dax were back in positive territory after erasing losses of more than two per cent.