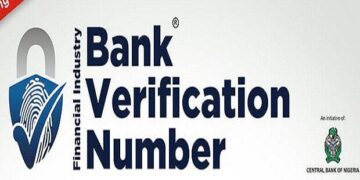 by Haruna Magaji
in BANKING
1 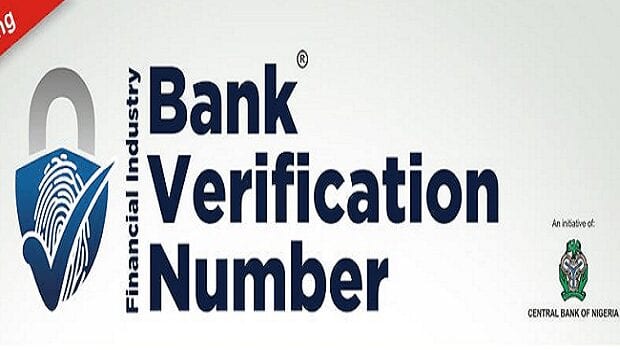 The plan to extend the use of Bank Verification Number (BVN) to customers of Microfinance banks appear to be long expected, going by the reactions of operators in the financial services sector to the planned introduction, writes Olaseni Durojaiye

The most celebrated benefits of the introduction of the Bank Verification Number (BVN) and  its strict enforcement by money deposit banks in the country may have been the blocking of leakages in government revenue as several thousands of ghost workers were discovered through the initiative. Other benefits include improved transparency in the process of granting of bank facilities to customers among others as well as helping the banks to sanitise their credit administration system and curbing fraudulent practices outside of the public service.

At the inception of the project, one of its proponent, Chief Executive Officer of Nigeria Inter-Bank Settlement System (NIBBS) Mr. Ade Shonubi, had explained that the purpose of it is to use biometric information as a means of identifying and verifying all individuals that have account(s) in any Nigerian bank and consequently, as a means of authenticating customer’s identity at point of transactions.

Shonubi had added that the BVN exercise would also provide a uniform industrially-accepted unique identity for bank customers, to authenticate transactions without the use of cards using only biometric features and Personal Identity Number (PIN) identification of blacklisted customers.

Today, many observers rated the exercise as a success on the strength of helping to block fraudulent siphoning of government finance with the discovery of several thousands of ghost workers particularly in the federal civil service. The discovery and the subsequent blocking of such conduits had vindicated the concerns of many, including international consulting groups, who noted that corruption in the public sector was a drawback for government’s ability to fund capital projects and interventions in other critical sectors of the economy with potential to grow the economy further.

However, the benefits transcend the public sector.  A report released last year by FBNQuest Research revealed that the rate of e-fraud in Nigeria in terms of value reduced by 63 per cent in 2015, partly due to the introduction of bank verification BVN project.

On the Financial inclusion leg of it, the number of unbanked adult Nigerians lags behind that of South Africa and Kenya leading to the initiative being conceptualised. In 2010 for instance, only 36 per cent – roughly 31 million out of an adult population of 84.7 million were served by formal financial services, compared to 68 per cent in South Africa and 41 per cent in Kenya. It was as a result of this that the CBN and other stakeholders in October 2012 implemented a National Financial Inclusion Strategy to decrease the number of Nigerians that are excluded from financial services from 46.3 per cent to 20.0 per cent by 2020 as committed to in the Maya Declaration.

The plan to extend the BVN regime to MFBs was contained in a  communication from the Minister of Finance, Mrs. Kemi Adeosun to the Governor of the Central Bank of Nigeria (CBN), Mr. Godwin Emefiele. It will be recalled that the CBN had announced plans to extend the BVN exercise to MFBs in September 2016.

In the communication, Adeosun told the CBN governor that prior to the deadline for obtaining the BVN by bank customers, a large number of salary accounts of Federal employees were found to have been moved from commercial banks to microfinance banks, which did not require the use of BVN.

Further justifying the rationale for the new policy thrust, Adeosun stated in the memo that operating bank accounts in MFBs without requirement for BVN has left a huge loophole for those, who hide and launder proceeds of crime to escape detection by law enforcement agencies.

According to her “Our on-going efforts to verify the integrity of Federal Government personnel costs and purge the system of fraud and error has made extensive use of the Bank Verification Number as a means of identifying recipients of multiple salaries, and salaries paid into accounts with names that differ from those held on our payroll records. The success of this effort has to date yielded the removal of over 50,000 payroll entries,” the minister said.

Although the minister said extending the requirement for BVN to microfinance banks may impose a huge financial strain on the smaller microfinance banks, the minister pointed out that, “Some MFBs, such as National Police Force Microfinance (NPF), have over 27,000 salary accounts. Our inability to perform checks on such a large number of salary earners is a key risk.”

“I am therefore seeking your co-operation to enforce compliance with BVN on any MFB with over 200 active salary accounts, or those above a certain size. This will support the Federal Government’s efforts at reducing leakages to create headroom for the capital projects that will support the growth of the economy,” the minister said.

Stakeholders who spoke to THISDAY in separate interviews including the Managing Director of FinaTrust Microfinance Bank, Mr. Deji Popoola, welcome the initiative, pointing out that, it would help the MFBs with their credit management system as  it would also further deepen financial inclusion in the banking sector.

Similarly, a senior banker with one of the new generation banks, who preferred not to be named, also welcomed the extension. According to him, “The extension will strengthen the credit bureau and will check the activities of habitual loan defaulters who now approach the MFBs because of their bad records with the commercial banks.

“What some bank customers with bad credit profile now do is to approach MFBs for bank facilities because they couldn’t go to commercial banks because their details can easily be retrieved through their BVN and the credit bureaus whereas the MFBs don’t have those details,” he stated anonymously.

Meanwhile, who stated that, it is a right step in the right direction, posited that, “When it is introduced, it will help the MFBs with their credit administration and reduce incidence of bad loans because it will equip the MFBs with details of bank customers. Besides it will help to deepen financial inclusion. Since the whole essence of the financial inclusion policy was to bring as many people as possible into the financial system and considering that about 80 per cent of Nigerians live in the rural areas where some MFBs operate it then makes sense to extend the BVN initiative to that sector as it will further help to meet that objective.”

Speaking further, Popoola allayed fears that the introduction may not be well received in the rural areas, arguing that, “The policy shouldn’t be looked at on the short term, rather, customers of MFBs should be made to see the benefits through awareness campaign using the radio and television, and encouraged to enlist. They may be in the rural area today and migrate to the cities tomorrow,” he reasoned.

CHECK OUT THESE INTERESTING STORIES: