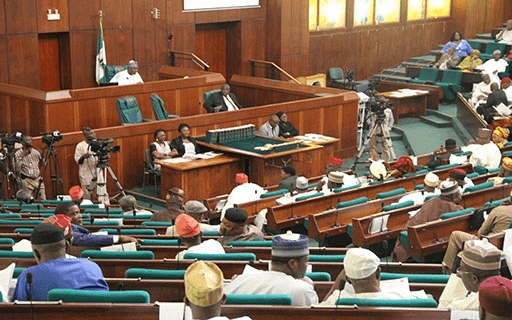 According to the Chairman of the Committee, Johnson Agbonayinma said noticeable discrepancies in the pension deductions claimed to have remitted by the Acting Director-General (DG) of PenCom, Aisha Dahir-Umar made the appearance of the two critical to the investigation.

While appearing before the Committee at the public hearing yesterday, the Nigerian Union of Contributory Pensioners (NUCP) indicted PenCom and Pension Fund Administrators (PFAs) of several infringements.

In its presentation, the group regretted that the new pension scheme has compounded, rather than alleviating problems faced by retirees under the Contributory Pension Scheme.

U.C. Ekpo and Emezuru Eugene signed the memorandum where PenCom was accused of failing to review contributors’ pension every five years as provided in Section 173 (3) of the 1999 Constitution (as amended).

The Union also observed persistent delays in payment of retirees’ benefits to over two years as well as lack of standardized template and transparency in computation of lump sums paid after retirement.

PenCom was also faulted for gender inequality in the payment of lump sums in contravention of the Pension Reform Act.

While calling on PenCom to confine itself to its functions as a regulator rather than meddling in the union’s activities, the Union noted that “It appeared the essence of the new pension scheme is to create capital for the Pension Fund Administrators (PFA) to maximize profits and enrich themselves.

“Worse still, PenCom, which is empowered to strictly enforce the Pension Reform Act in regulating the activities of PFAs and Pension Custodians, has become a violator of the same Act in many ways.

“The sum total of anomalies and injustices perpetrated by PenCom in its implementation of the Contributory Pension Scheme leads to suffering, pain and premature death of pensioners in Nigeria.”