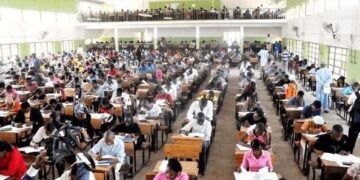 Candidates express frustrations over delay in release of 2019 Jamb results

Candidates express frustrations over delay in release of 2019 Jamb results

by Tosan Olajide
in LATEST NEWS
20 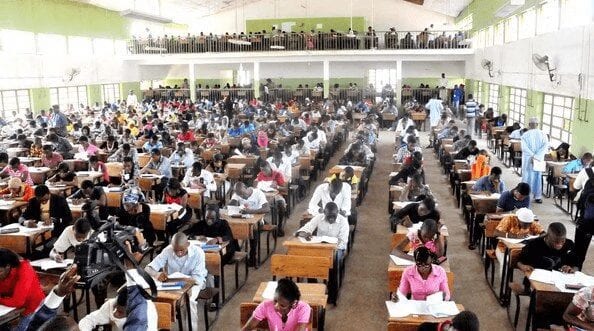 The candidates spoke in separate interviews with journalists on Sunday in Bwari.

The 2019 UTME commenced on April 11 to April 18 with 1.8 million registered candidates.

The board has repeatedly said that it would take its time to screen the results because of the several infractions discovered during the exercise.

A must read: UTME result: How to Check JAMB Result 2019 – Jamb Result Checker

Madueke John, a candidate said that the long wait for the results has held some of the candidates back, while also causing a lot of tension.

“With everything we are hearing from JAMB and other media reports we are getting, we are tensed.

“I know I did not do anything that will incriminate me during the exams but the entire process this time around has really changed.

“If JAMB, while screening, discovers those who are innocent, why don’t they release those ones and continue screening others, seriously, this is taking forever.

“I really don’t know what to expect again, but please, they should just focus on this year’s exercise and release at least parts of the results to reduce the tension.”

Another candidate, Henrietta Adams said that the board is undoubtedly doing what it deemed best for the country.

She, however, added that it would also do a lot of good if some of the results are released.

Adam added that the long wait has caused some of the candidates to be unsure of what may happen at the end of the day.

She said: “Even if you are sure you did not commit any malpractice during the exercise, with the way the entire process is going, one is forced to start thinking if one’s result will be held for mere turning his or her head during the examination.

“I truly don’t know what to say or expect again, I am just confused if at least some results were released in parts like last year, then at least, one will be hopeful but as it is, only God knows what they may come up with next.

“We will continue to wait but please JAMB, do something soonest.”

Mr Joseph Onimisi, a candidate’s parent, commended the board for exposing some of the corruption in the system but advised that parts of the results be released too.

This, he said would reduce the criticism of the board by those sceptical of the intention of the board, adding that the entire process may take longer than the board expected.

The board had continued to assure that it would release the results of the 2019 UTME as soon as it was done screening the entire results, to cut out those who were involved in one malpractice or the other during the exercise.