GTBank, Access Bank, Zenith Bank meets over final dividends – The boards of directors of Guaranty Trust Bank (GTBank) Plc, Access Bank Plc and Zenith Bank Plc have scheduled meetings later this month to consider and approve the audited financial statement and accounts of the banks for the year ended December 31, 2019. The meetings will among others consider final dividend recommendation to be made to shareholders.

The notification of the scheduled board meetings quickened investors’ appetite for three of Nigeria’s five largest banks. GTBank, Nigeria’s largest financial services company, in terms of market capitalisation, rose by 90 kobo at the weekend to close at N30.10. Zenith Bank, the second largest bank, also rose by 55 kobo to close at N19.25 while Access Bank appreciated by 5.0 kobo to close at N10.15 per share. 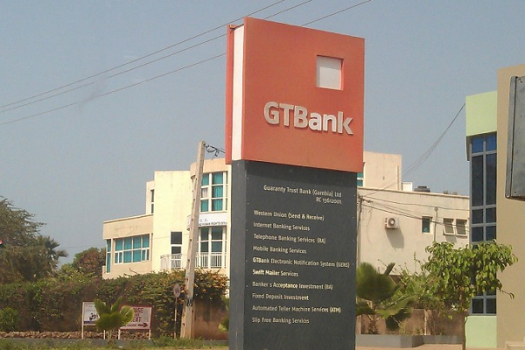 In separate regulatory filing, the three banks indicated that their directors would be meeting to review and approve the earnings report and accounts for the 2019 business year, preparatory to sending the accounts for the clearance of the Central Bank of Nigeria (CBN) before release to the investing public at the Nigerian Stock Exchange (NSE).

Extant listing rules at the Nigerian Stock Exchange (NSE) require quoted companies to submit their annual audited account to the Exchange not later than 90 calendar days after the relevant year end, and published same in at least two national daily newspapers not later than 21 calendar days before the date of the annual general meeting. They are also required to post same on their websites with the web address disclosed in the newspaper publications. Also, an electronic copy of the publication shall be filed with the NSE on the same day as the publication.

Most quoted companies including all banks, major manufacturers, insurers, oil and gas companies, breweries and cement companies use the 12-month Gregorian calendar year as their business year.  The deadline for the submission of annual report for the year ended December 31, 2019 is thus Monday March 30, 2020. The NSE meanwhile gives special recognition to companies that submit their reports earlier than others.

Most analysts at the weekend said the scheduled meetings by the three leading banks marked the onset of the earnings season citing increased demand for the shares of the banks.

The three banks, which had paid interim dividends based on their first half results, are expected to determine their final dividends at the board meeting later this month. The first half results, which were audited, were regarded as more indicative of the potential of the banks for the 2019 business year.   GTB, which had paid interim dividend of 30 kobo per share, is widely expected to pay a final dividend not less than N2.45 per share paid for the 2018 business year. GTB’s earnings per share had stood at N3.50 for the six-month period.

The Nation had reported that Nigeria’s five topmost banks recorded a total profit of N416.55 in the first half of 2019 as the largest commercial lenders continued to draw on technologies and improved operating efficiency to mitigate headwinds and improve underlying profitability of their businesses.

The top five banks, which traditionally pay cash dividend twice a year, distributed N44.22 billion as interim cash dividend for the first half of this year, with interim dividend per share ranging from 20 kobo to N1.