The report released at the weekend showed that the loans came through CBN’s Standing Facilities meant for the lenders to square up their liquidity positions and meet customers’ needs.

The SLF is an overnight CBN credit available on banking days between 2 pm and 3.30 pm, with settlement done on same day value. The rates for SDF and SLF remained at nine and 16 per cent, respectively.

According to the CBN, the funds covered three months ended December and came as SLFs.

The report said: “The banks continued to access the CBN’s Standing Facilities to square up their positions either by borrowing from the standing lending facility (SLF) or depositing their excess liquidity at the standing deposit facility (SDF) of the CBN at the end of each business day.”

“Total request for the Standing Lending Facility (SLF), inclusive of direct SLF (N949.91 billion) and Intra-day lending facilities -ILF (N352.64 billion) that were converted to overnight repo during the review quarter, stood at N1.3 trillion, compared with N6.2 trillion in the preceding quarter.

“The total assets and liabilities of commercial banks stood at N40.8 trillion at end-November 2019, representing 3.2 per cent increase above the level at end-September 2019. The rise in bank’s assets could be linked to CBN’s directive that banks lend at least 65 per cent of their deposits to customers through the Loan to Deposit (LDR) policy.

At N22.96 trillion, banks’ credit to the domestic economy, at end-November 2019, showed an increase of 3.8 per cent, compared with the level at end-September 2019. The development reflected, largely, the 4.7 per cent and 3.6 per cent rise in claims on the Federal Government and the private sector, respectively, in the review period.

The total specified liquid assets of the commercial banks was N14.6 trillion at end-November 2019, representing 60.6 per cent of the total current liabilities. 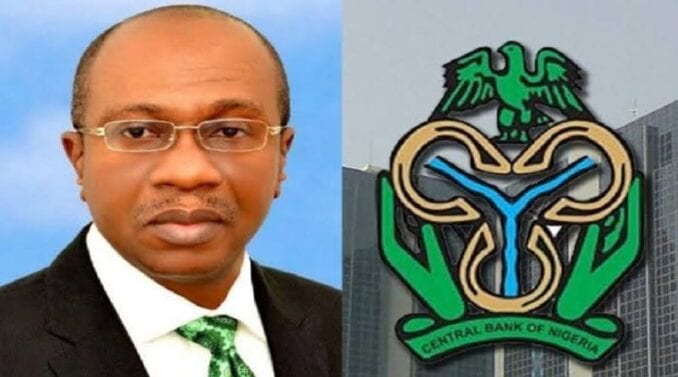 Do you need high paying jobs in Nigeria? If yes Submit your CV here and stand a chance of landing your dream job!

About Haruna Magaji 2481 Articles
Haruna Magaji is a journalist, foreign policy expert and closet musician. He is a graduate of ABU Zaria and a member of the Nigerian union of journalists. JSA, as he is fondly called, resides in Suleja, Abuja. email him at - [email protected]
Facebook