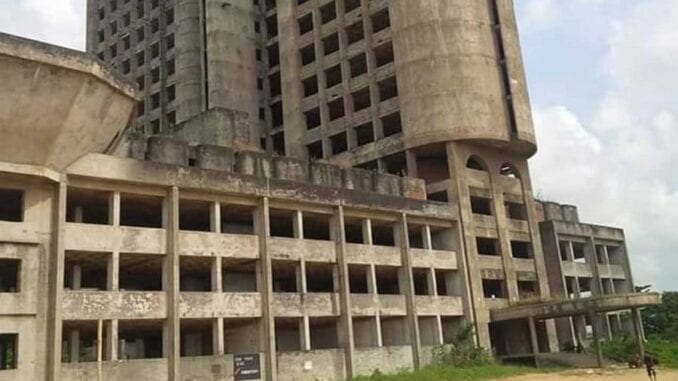 Homeless people, Migrants, others occupy abandoned Lagos buildings – The sit at home order by the authorities has further escalated the housing shortages, especially in Lagos as most public structures, uncompleted and abandoned buildings have been converted to homes.

The residents, including migrant workers, who often squat with friends in the Island, Lekki and Victoria Island, are now seeing abandoned and uncompleted buildings as homes in the midst of the lockdown and the recognition that various project sites could not meet their needs in this crucial time.

A driver in the Island, simply identified as Michael, said he used to hang around his boss’ boys quarter and always come late in the night, dress up in the morning and go out.

He stressed that the present situation has changed everything for him. “The issue has been to find a space, where I can put my head with a hope that the lockdown will be called off soon,” he said.

Michael, who is squatting at uncompleted building new Ojodu- Berger, said he has to settle the security man on the building to find a space.

Apart from Michael, who is a low-income earner, some street urchins, who normally capitalise on the boisterous nature of city centers like Oshodi are now finding uncompleted structures in Oshodi as their homes.

One of them,  Afeez, who migrated from Osogbo and sleeps inside the buses under the bridge has been left with no other option than the uncompleted toilet structure in the area.

But the chairman, Lagos State Chapter of Nigerian Institution of Estate Surveyors and Valuers (NIESV), Dotun Bamigbola said the situation underscores the huge housing needs but there seems to be a mismatch in the housing needs of the people and the kind of housing products in the market.

According to him, there is a difference between a housing need and  housing want. Some people, he said, wants something but what they actually needs may be difference.

“Perhaps the housing need for of people staying in uncompleted building is just a self contain apartment but all over the Island, the kind of buildings you see are terrace houses, detached houses and blocks of flats, and hardly will you get 2 bedroom apartments. so it is really their needs and they don’t even have the capacity to afford it. So the affordability angle is out of it.

According to him, “there is the need for government, professionals and developers to come together and begin to rethink what is actually our needs. What policy definition can government talking to this group of people and talking to the professionals and developers , who are going to finance housing delivery, what should be kind of policy trust to ensure that these category of people can be taken care off in the midst of all these housing needs or deficits.

The housing deficits, he stressed  are not in the upper class, where someone  can have a capacity to own 2 or 3 houses, hence the need to rethink what is actually our housing needs.

Also, former chairman of Estate Surveyors and Valuers Registration Board of Nigeria (ESVARBON),  Elder Williams Odudu said the problem has reaffirmed the scarcity in the low income cadre.

According to him, the problem is with the low income earners and government has not done much to those who needs it most.”A lot of people that has no accommodation are ceasing the opportunity to live in uncompleted and abandoned buildings because a lot of the properties that are vacant are not meant for the working class.

“There are numbers of housing estates that have been completed but unoccupied but not for low income earners, that is why there is high demand for low income apartments.

“Government must do something to take care of those who really needs houses”, he added.

This, he said is a wake up call for government to begin to look at all housing proposal that have been made by the institute and various stakeholders. Review the planning approval process and lending system, which is responsible for some of these abandoned projects.

“The affordable housing scheme has become more urgent than ever, to provide housing for low-income earners.Our entire health care need a total overhaul in order to handle the health care need our the citizens. Government must begin to invest in Laboratories, diagnostics centre and industry that support the health facilities,” he said.

Beyond, the architect said, infrastructure remains the bedrock of any system, the sit at home has revealed that our telecom industry need to increase capacity as most people experienced low bandwidth and down time in the internet service. Lagos can not become a smart city if we do not have a good internet infrastructure. 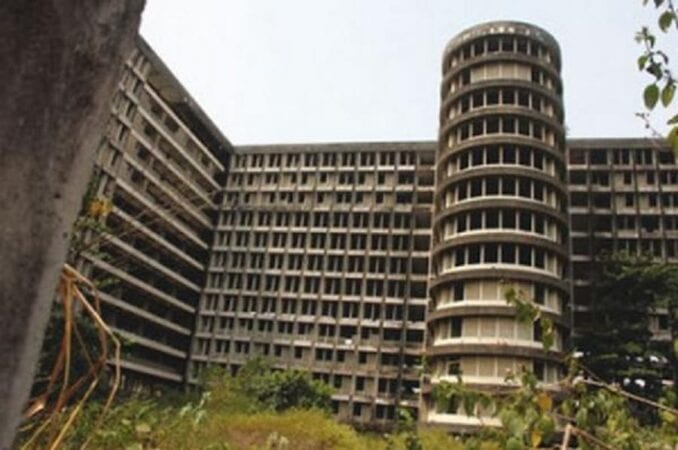 Lagos State Commissioner for Housing, Moruf Akinderu-Fatai said, the state government is aware of the challenge of housing deficit in the state.  “It has been there even before the Covid-19 pandemic and the subsequent stay- at – home directive. We are not relenting in our efforts at ensuring that the residents of Lagos State have access to affordable and decent homes.

“Building a 21st century economy with quality and affordable homes is one of the areas of focus of the Lagos State Government headed by Mr. Babajide Sanwo-Olu. We are addressing this salient issue with a robust housing policy, which involves direct construction of housing estates through direct budgetary allocations as well as joint ventures with private sector participants.

“We are concentrating our efforts on completing  all ongoing housing projects initiated by previous administrations.

“In this regard, we have concluded and allocated 492 housing units at Lateef Kayode Jakande Gardens Housing in Igando. In due course, other housing developments at Igbogbo , Ikorodu will yield 360 housing units as well as the LAGOSHOMS Sangotedo cluster out of which  774 housing units are  targeted for completion . Others are the LAGOSHOMS scheme at Odo Onosa/Ayandelu with 660 housing units. Our Joint Ventures have also  added to the stock of homes available in Idale Badagry (252 ), while we are still awaiting the completion of Housing projects at Iponri (132units),Lekki Phase II (96 units) Lekki Phase 1(124units) Courtland Villas, Igbokushu (120 units), all within this year.

Akinderu-Fata said the state government is poised to resolve the housing challenge. “I must confess that the  influx of people from all our the nation into Lagos State may affect the speed at which the problem is solved. Lagos is the dream destination of every Nigerian.

“While we may not be able to stop people from coming in, I will advice that anyone coming to Lagos should have a skill that could add value to the state as well as a solid plan for  accomodation so that the efforts of the state in reducing homelessness is not dwarfed by the uncontrolled population increase”, he added.

How Nigeria can attract foreign investment in real estate sector