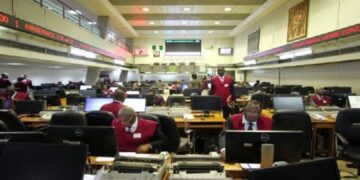 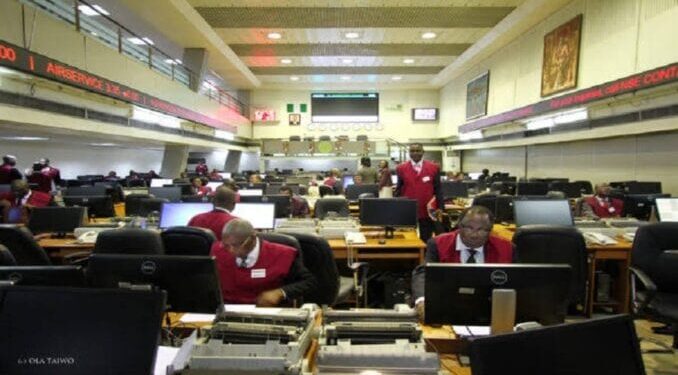 Equities Gain N128bn on NSE Conversion to Plc, Bargain Hunting – The Nigerian Stock Exchange (NSE) rebounded on Wednesday with a 0.63 per cent gain on the back of renewed bargain hunting by investors.

Also, news that the exchange has concluded its conversion into a public company excited investors yesterday as the shares of the regulator would now be available to the general public for trading.

At the close of transactions at the midweek session, the market capitalisation of the bourse grew by N128 billion to N20.369 trillion from N20.241 trillion.

It was gathered that the growth printed yesterday was quite significant to market participants as the exchange has witnessed series of losses in the past trading sessions and investors were yearning for the positive triggers that would soothe the pains.

It was not surprising when the market breadth closed at equilibrium on Wednesday as 23 stocks closed on the price gainers and losers charts apiece.

Morison Industries maintained its upward trajectory yesterday with a 9.72 per cent growth to close at 79 kobo and was trailed by Champion Breweries, which rose by 8.91 per cent to settle at N2.20.

On the losers’ table, Consolidated Hallmark Insurance was on top with a price depreciation of 10.00 per cent to sell for 27 kobo and was followed by Eterna, which lost 9.94 per cent to sell at N4.62.

It was observed that the selloff in UBA shares continued yesterday after the company announced a final dividend of 35 kobo for the 2020 financial year. The lender was the most active at the exchange on Wednesday as it sold 74.8 million units of its stocks worth N523.4 million.

At the market yesterday, the industrial goods, the consumer goods and the insurance sectors improved by 1.74 per cent, 0.40 per cent and 0.18 per cent respectively, while the banking and energy counters lost 0.35 per cent and 0.03 per cent correspondingly.