by Tosan Olajide
in LATEST NEWS
1 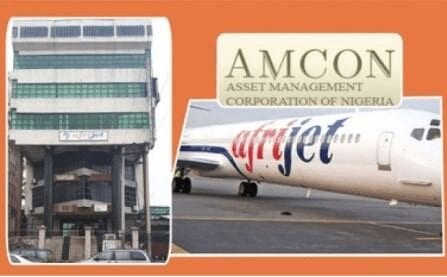 AMCON begins payment of N4.7t debt to CBN – The Asset Management Corporation of Nigeria (AMCON) has repaid N2 trillion out of its N4.7 trillion commitment to the Central Bank of Nigeria (CBN), its Managing Director/CEO Ahmed Kuru has said.

Speaking on the corporation’s focus in his new five-year term, the AMCON boss,  said the corporation has achieved achieved its first mandate of purchasing the Non-performing Loans (NPLs) and providing liquidity to the commercial banks.

In terms of recoveries, he said AMCON has made a total recovery of above N1.2 trillion, sold assets worth about N500 billion and resolved close to 5000 Eligible Bank Assets (EBSs).

“We are focused on the second and most difficult phase of recovery and restructuring of the bad loans. Recall that AMCON acquired over 12,000 NPLs worth N3.7 trillion from 22 banks and injected N2.2 trillion as financial accommodation to 10 banks to prevent systemic failure. As a result of this intervention, our current liability with CBN is around N4.7trillion while the N2 trillion had been repaid so far,” he said.

Read also: Keystone Bank buyer To Be Named by AMCON in 2 weeks

He said before AMCON was established, the economy was in a dire straits. “There were foreign portfolio withdrawals of credit lines and investment from Nigeria; the stock market also collapsed leading to loss of about 80 per cent of its value and the banking industry crisis deepened due to poor risk management that led to increase in the Non-Performing Loans (NPLs) of the banks as a percentage of industry loans,” he said.

“At a point in 2009 NPLs as percentage of all bank loans was as high as about 37.25 per cent. I salute the courage and the wisdom of the Central Bank of Nigeria (CBN) for quickly intervening by proposing to the National Assembly the need to set up an Asset Management Corporation to stabilise the economy, which was the global trend at that time”.

Kuru said the fundamental objectives for the establishment of AMCON was to—rescue commercial banks and some underlying strategic businesses in Nigeria from the brink of collapse in the aftermath of the global financial crises of 2008 through acquisition of non-performing loans and to dispose of the underlying assets in the most profitable manner.

“AMCON also had the mandate to recapitalise the banks and to recover the debts using the various resolutions mechanisms created under the Act, which I can tell you have been executed effectively,” he said.

Also, in an attempt to focus our resources on the recovery mandate, we have identified about 6,000 loans with outstanding balances below N100 million, which constitute only 20 per cent of our current portfolio.

This portfolio has been outsourced to debt recovery agents under the Asset Management Partners (AMP) scheme, which has created huge employment opportunity for others. This has enabled the corporation to focus on fewer accounts, which make up 80 per cent of the portfolio.

“In our reckoning, if AMCON is able to resolve the nearly 2000 accounts it would have achieved more than 80 per cent of its recovery mandate. In line with our sunset period, we are tinkering with the idea of increasing the threshold of the AMP scheme to N1 billion. We have also classified 350 accounts with current exposure of over N3.2 trillion into a category referred to as Criticized Assets,” he said.

Kuru said the resolution of these accounts are considered to be germane to the success of AMCON’s recovery mandate.

“We give special attention to these accounts at top management level and develop strategies for resolving them. The largest concentration is in the energy sector, which constitutes 27 per cent. As we have always stated, one of the major challenges to AMCON’s recovery mandate is the slow pace of our judicial processes. However, we have continued to engage with the judiciary, and we believe that there is now greater awareness about the role of AMCON amongst the Judges at the trial courts as well the Justices of the appellate courts and they have been supportive,” he added.