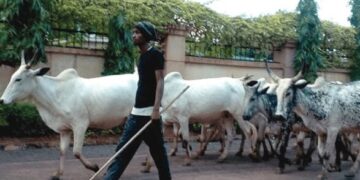 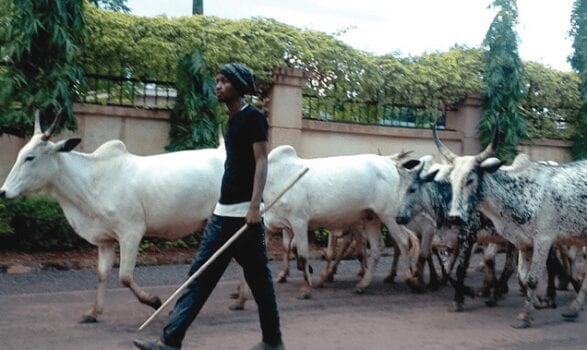 Tension as armed Fulani herdsmen ambush church bus, motorists in Osun – There was palpable fear along Akure/Ilesha road on Saturday evening as gunmen suspected to be herders ambushed a bus belonging to Christ Apostolic Church (CAC) and other vehicles plying the road.

According to The Nation, the incident occurred around 6:15 pm when the gunmen dressed in black shirts and red caps came out of the bush in an attempt to rob and kidnap the motorists along the axis.

The gunmen later ran away owing to the swift response of local hunters and police on the highway.

During the ambush by the gunmen, some passengers took cover in the bush while other motorists turned back.

A driver at the scene said: “We were on the road for about 2 hours because we could not see some of those that we were travelling together.

“The herdsmen stopped the vehicles but I pulled over the car and I ran into the bush, one of them came close and took the bag inside my car that contained my money and clothes.

Read also: How Air Peace plane landed in a bush in Port Harcourt

“Those people are Fulani and they are very dreadful. The quick intervention of the hunters and police forced them to leave the road.

“They attacked us to rob and kidnap us on that road. They were armed with sophisticated weapons.”

She said: “It Is true that people that were suspected to be herdsmen came out of the bush and attempted robbing the motorists along Akure/Ilesa road by Iwaraja on Saturday around 6p..

“But for the quick intervention of the Police, Joint Task Force & other local security outfits, they couldn’t rob or kidnap anyone.

“The owners of those vehicles later came out and carried the vehicles away. The DPO Ijebu Jesa tried in that operation as the witnesses and the DPO Ipetu Jesa that came to the road also told me. Police were with them until the last vehicle left.

“Presently, an intensive manhunt is against them to ensure their arrest. The CP wants them arrested by all means, “She added.