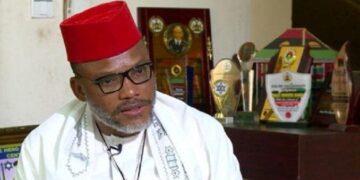 by Sam Gabriel
in LATEST NEWS
1 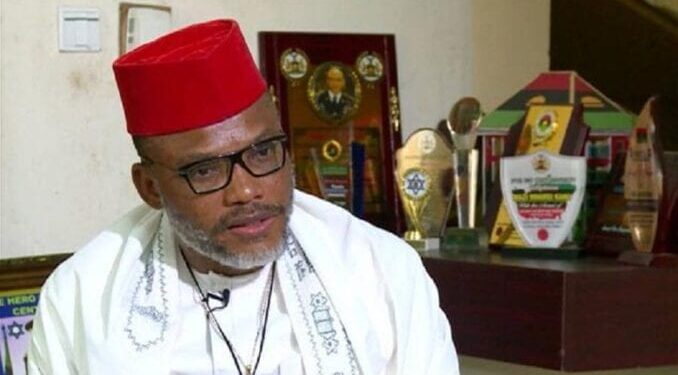 The protest took place in 2012 during the administration of Goodluck Jonathan when the insurgence in north-east Nigeria began an onslaught that resulted in Boko Haram occupying major villages in Bornu state.

Critics on social media have accused the Biafran separatist leader of resuming secession movement because he was an aggrieved supporter of Goodluck Jonathan who lost re-election to President Muhammadu Buhari in 2015.

In the video which have now gone viral, IPOB lead was heard saying; “My name is Nnamdi Kanu and the reason why we are here today, is to protest the killing of innocent women and children and men for that matter all over NIGERIA especially in the Northern Part of Nigeria”

We are not happy, we are not pleased with what is happening and that is why we are here today, as you can see there are a lot of Nigerians who are protesting about the killing of families”

Recall that Nnamdi Kanu was re-arrested by the Nigerian government in Kenya under controversial circumstances to resume his trial for treason in a federal high court in Abuja.

Mr Kanu and his co-defendant are facing treasonable felony charges at the Federal High Court in Abuja.

Mr Kanu fled the country in September 2017 after an invasion of his home by the military in Afara-Ukwu, near Umuahia, Abia State.

The Nigerian government obtained a court order on September 20, 2017, to designate IPOB a terrorist group and to proscribe it.