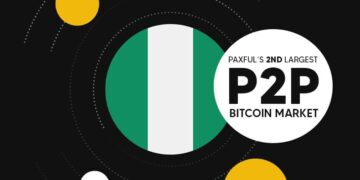 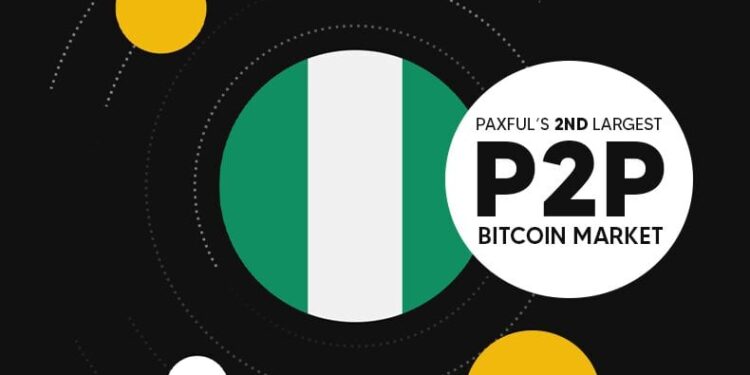 Nigerians continue to defy CBN crypto restrictions as they top June P2P Bitcoin Trade Volumes – Nigerian crypto traders have continued to defy restrictions on crypto transactions by the Central bank as they once again topped peer-to-peer (P2P) bitcoin trade volumes which went up to just under $38 million in June 2021, the latest data shows.

Financial Watch gathered this surge becomes only the second time Nigerian P2P traded volumes have breached the $35 million mark in 2021. March 2021 is the only other period when P2P bitcoin traded volumes nearly surpassed the $38 million mark.

Still, as the data shows, Nigeria’s P2P June volumes surge had been preceded by the marginal drop of traded value to $35.2 million and $34.9 million in the months of April and May 2021 respectively. Nevertheless, both volumes still remain higher than the over $31 million which was recorded in February 2021.

Nevertheless, the latest data (which is sourced from two P2P exchanges) once again suggests that Nigerian interest and usage of cryptocurrencies continue to grow despite the imposition of restrictions on crypto assets by the central bank.

In early February 2021, the Central Bank of Nigeria (CBN) directed financial institutions to stop serving entities involved in cryptocurrencies. The measures took immediate effect and this also led to the immediate decline in the traded volumes of centralized exchanges. On the other hand, the growth in P2P volumes appears to show that traders have switched to platforms which the CBN cannot control or censor.

The same data shows that second-ranked Kenya’s June traded volumes dropped to $13.4 million from the $16.5 million that was recorded in May. However, this drop represents the first time the country’s upwards volumes growth trend has been shattered so far this year.

Meanwhile, the latest data shows that Ghana has now replaced South Africa as the country with the third-highest P2P bitcoin trades after its volumes topped $11.2 million in June. With traded volumes of $7.7 million, South Africa is now ranked fourth on the continent. The Central Africa Republic, which recorded volumes of less than $50,000 in June 2019, is in fifth place after trades worth $1.85 million were recorded in June 2021.