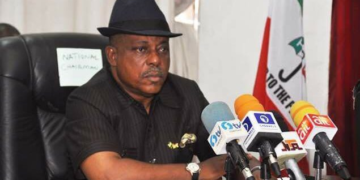 The order, which was granted on Monday by Justice O. Gbasah, directed Secondus to stop parading himself as a member of the PDP 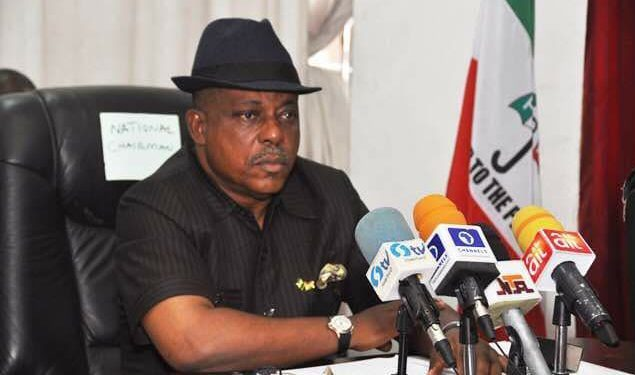 BREAKING: Court suspends Secondus as PDP National Chairman – A Rivers High Court sitting in Port Harcourt has granted an order of interim injunction stopping Prince Uche Secondus from parading himself as the National Chairman of the Peoples Democratic Party (PDP).

The order was made following a suit filed against Secondus and the PDP by some members of the party identified as Ibeawuchi Ernest Alex, Dennis Nna Amadi, Emmanuel Stephen and Umezirike Onucha.

The order, which was granted on Monday by Justice O. Gbasah, directed Secondus to stop parading himself as a member of the PDP (the second defendant).

Justice Gbasah further restrained Secondus from attending or presiding over any meeting of the PDP or any committee of the party at ward, local government or state government.

The court also barred Secondus from calling for any ward, local government or sate congress or setting up committees for such congresses or participating in any activity of the PDP whatsoever while on suspension as a member of PDP.

The court ordered that Secondus would remain suspended pending the hearing and determination of the motion on notice.

Gbasah also made an order granting leave to serve by substituted means the originating summons, motion on notice and all subsequent processes on Secondus by pasting same on the gate of his residence at No 1 William Jumbo Street, Old GRA, Port Harcourt and by publication in the Nation newspaper.

The court also ordered the PDP to be served by substituted means.

The judge said: “That an order be made and is hereby made granting leave for the commencement of this suit during the 2021 annual vacation of the High Court of Rivers State.