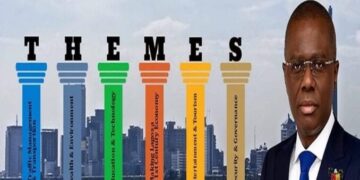 by Sam Gabriel
in LATEST NEWS
6

She made this disclosure while speaking at a 4-day training session organised for some officials of selected Local Government Areas across the State on collection and collation of data for prospective beneficiaries of the scheme.

Arobieke explained that the Conditional Cash Transfer Programme, also known as Household Uplifting Programme (HUP), was aimed at bridging the poverty line in the State and providing means for the poor masses that would be independently engaged for productivity.

The aims and objectives of the initiative, according to Arobieke, are to “reduce poverty, prevent the vulnerable from falling further down the poverty line, build resilience to withstand shocks and risks, enhance human capital, promote sustainable livelihoods and protect households from shocks”.

The Commissioner expressed the belief that the programme would further complement the efforts of the State Government at reducing poverty, empowering the residents by producing wealth creators who would continue to increase the economic prosperity of the State and contribute their quota to national development.

In her words, “This programme has a lot of strong economic implication and spill-over effects on the populace because it affects the entire eco-system, such that beneficiaries would not only be able to feed their families but would also be able to save money for capital intensive projects”.

Arobieke maintained that the State Government would put a structure in place to ensure that the beneficiaries do not only get the financial aid from the Federal government but also invest the grant into profitable ventures that would safeguard return on investments.

She, therefore, pleaded with Lagosians to cooperate with the enumerators across the various Local Government Areas in the State by providing true and correct information to the officials.

“What we have observed over time is that when programmes like this come up, residents usually provide false information about themselves and this had disqualified several persons from some beneficial initiatives similar to this in the past, which is why l am pleading that information to be provided should be such that gives true and verifiable details”, she added.

The Commissioner charged the officials of the various LGAs at the training programme to liaise with Royal Fathers, CDAs and CDCs and other opinion leaders in their various domains about the programme so that members of the communities could be mobilised to embrace the initiative.

She also implored the Budget Departments at the Local Government levels to liaise with the State Budget Ministry to generate registers, take records of households and individual beneficiaries approved and complete all other necessary processes before the actual disbursement of the cash.