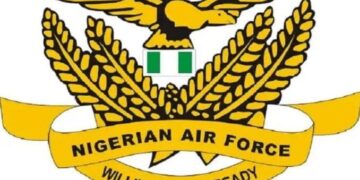 How much do Nigerian Air Force officers earn: NAF Ranks and Salary Structure (2021)

How much do Nigerian Air Force officers earn: NAF Ranks and Salary Structure (2021)

by Haruna Magaji
in LATEST NEWS
12 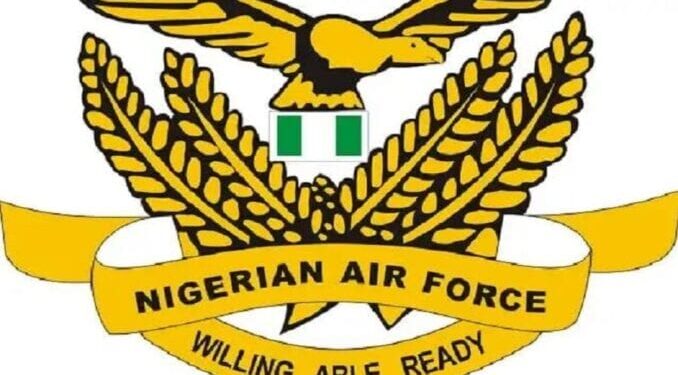 There are 11 ranks in the Nigerian Airforce for non-commissioned officers. They are listed below:

There are 9 ranks in the Nigerian Airforce for non-commissioned officers. They are listed below:

The Nigerian Air Force Logo is a combination of the National Coat of Arms and other elements that make the graphic representation a unique entity. The base of the logo is formed by a scroll bearing the words, “Nigeria Air Force”.

Above the scroll are two pairs of wheat cobs held together at the lower end, which is tucked behind the scroll. At the upper end, the two pairs are separated by a small Nigerian flag. This makes the cobs assume a V-shape. Sitting right on the Nigerian flag is an eagle, which, in turn, carries the Nigerian Coat of Arms on its back.

Except for the Nigerian flag and coat of arms, every other element in the Nigerian Air Force Logo is coloured yellow.

The Nigerian Air Force (NAF) is the arm of the Nigerian Armed Forces that that is in charge of air military operations. The force presently has about 10,000 personnel comprising both commissioned and non-commissioned officers.

The Nigerian Air Force was established on the 18th of April 1964 following the passage by the National Assembly of the 1964 Air Force Act, which stated that the force that be saddled with the task of defending the country majorly through air operations. The aims and objectives of the force are as follows

The Chief of Air Staff acts as the presidential adviser on defence matters related to air operations. He also works with the Minister of Defence and the Chief of Defence Staff.

The rank structure of the Nigerian Air Force is similar to that of the British Royal Air Force. This is expectable, since Nigeria was colonized by the British until she gained independence on October 1, 1960.