Senators’ N13.5m Allowance: Why is common sense senator silent all the while?

When the news broke with Senator Shehu Sani making a better common sense, I wondered why the self-acclaimed common sense senator kept mute on a crucial matter like this while at the same time posing as the voice of the people.

The senator has been making quite some sense in his common sense series but its ironical that there is no one mention of the outrageous amount senators take home monthly in the face of economic turmoil in the country. 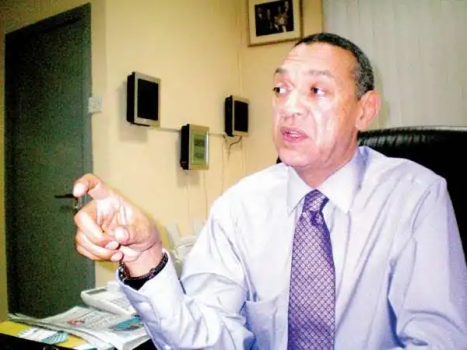 Never the less, Senators’ outrageous monthly allowance is now in the front burner of national discuss, thanks to Sen. Shehu Sani, (sorry Senator Ben Murray Bruce you are going to miss out here) elites in Nigeria and groups, on Sunday, March 11, has criticised the N13.5million monthly running cost being paid to the lawmakers.

The report gathered that Femi Falana, Yusuf Ali and Prof. Itse Sagay, in different interviews fault the allowance saying the allowance is too much adding that such is a waste of national resources.

However, the prominent Nigerians applauded Senator Shehu Sani who brought the payment to the limelight.

Senator Shehu Sani had earlier revealed to the public that each senator received N13.5m monthly as running cost apart from the N700,000 consolidated salary and allowances paid to each of them.

“I’ve always said they earn too much. This figure by Sanni does not include constituency allowances, which is in billions of naira.

“We still have budget padding from which millions are made by them. By the time you put all that together, you can see that these people are collecting a huge chunk of the Nigerian budget,” Sagay said.

Usman Abdul, the Campaign for Democracy president in an interview with a prominent Nigerian newspaper said the huge earnings by the senators contributed to the poor economy plaguing the country.

“You can take good care of over 100 graduates from a senator’s salary. The legislature should deliberate on the abject poverty and unemployment in the country,” Abdul said.

Mr. Monday Ubani, the Vice-President of the Nigerian Bar Association, said Nigerians must demand a review of the lawmakers’ earnings.

Ubani said: “It means that Nigerians have not been getting a fair deal from our legislators. If a single person will be earning that kind of money in a country where the minimum wage is N18,000; something has to be done. We need to insist on a review of these jumbo allowances.

Senators’ N13.5m Allowance: Why is common sense senator silent all the while?

How Araraume Taught Okorocha To Be Godly But Okorocha Refused