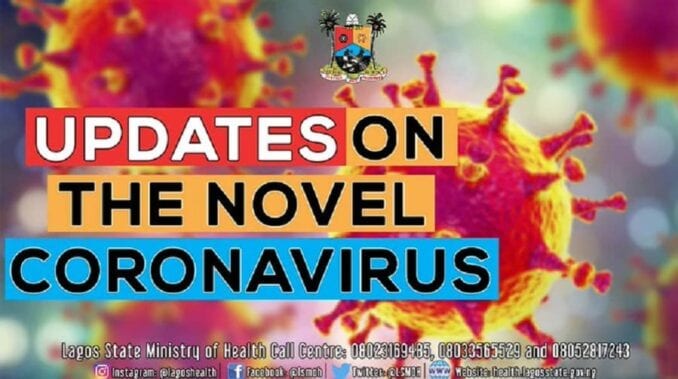 WATCH: Social distancing rubbished by govt officials sharing food in Lagos – Although streets in Lagos are empty with no commercial activities as directed by both the federal and state governments, but the concept of social distancing was thrown out of the window when officials of the Lagos state government brought food for residents in FESTAC Town as people came out in their numbers to collect food.

The stimulus, which comes in packs of raw food items, to be distributed to every local government in the state, is aimed at cushioning the effects of the 14 days lockdown directive by the state and federal governments.

The State Commissioner for Agriculture, Prince Gbolahan Lawal, made the clarification in a statement made available to newsmen from his office, explaining that an SMS from the Lagos State Residents Registration Agency (LASRRA) had been sent out to the aged, asking them to reply with a “YES,” “FOOD YES” or “SWITCH YES” if their registered home address with the Agency is still valid.

The commissioner noted that the Ministry of Agriculture was collaborating with LASRRA in order to be able to reach the targeted audience as well as ensure fairness and evenness in the distribution of the stimulus packages.

This was just as Lawal stressed the importance of each Lagos resident registering with the agency in order to assess social benefits like this in the future. 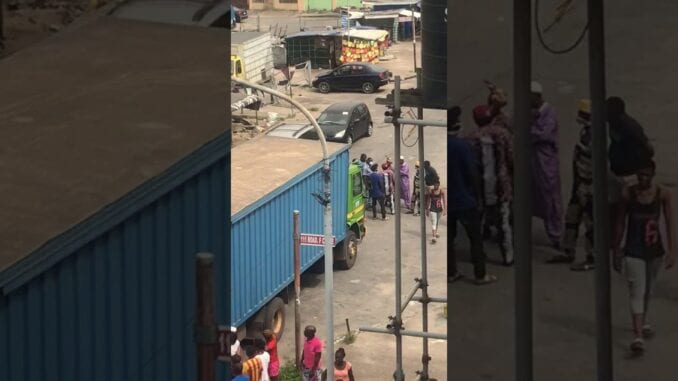 He, therefore, urged those concerned to quickly respond to the SMS, stressing that they had till midday 12:00 pm of Tuesday, March 31st 2020, being the cut off period, reiterating that as soon as all responses were collated, beneficiaries would start receiving their stimulus emergency food package from the state government.

This week, Nigeria’s Foreign Exchange (FX) reserves remained under pressure, declining by $182.17 million when compared to what it was a week ago (WTD) to $35.71 billion as of March 24, 2020… Read full story

A lady who tested positive for coronavirus has narrated her experience inside the isolation centre in Lagos after she was discharged and was given a clean bill of health on Monday, March 30. The lady, Oluwaseun Ayodeji Osowobi, who wrote of her experience on her twitter handle, @AyodejiOsowobi, said she contracted.

See below the video of residents falling on each other over food:

Lagos Confirms SMS on Stimulus Package was sent to residents