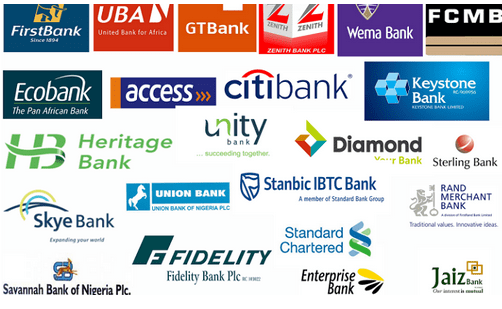 Banks and other lenders in Nigeria are on the trail of power sector investors in a fresh loan recovery move to recoup over $12.52 billion credit facilities in the segment. News of the fresh loan recovery drive came hours after power generation crashed to zero megawatt (MW) yesterday morning before picking up to over 2,000 MW. The loan recovery move, a source at the energy section of a first generation bank told our correspondent, has to do with over N300 billion given to the power investors in 2014.

“As many banks near the end of financial year,the on-going credit facilities recovery will now cover the power sector. To start with, we need over N300 billion loans sunk in the sector in 2014 financial year, as face-saving to end this year of recession a bit healthy,” he said.

The DISCOs, he said, “were currently paying just about 28 per cent of their monthly remittances to the banks instead of 100 per cent as agreed and by Monday (today), actions ranging from debtor-creditors’ exchange of correspondence to revisiting of terms, will begin from bank to bank.”

The banks’ loan data, sighted by our correspondent, showed that aside from the $2.929 billion facilities extended to power investors to acquire the assets of the Power Holding Company of Nigeria (PHCN) in 2013 under the federal government’s privatisation programme, six banks gave over N300 billion loan to power investors in 2014.

The figures for the banking loan facilities extended to the power sector as at the 2014 financial year as confirmed by banks’ 2014 full year results, showed that a significant portion of their loan portfolios was offered to the electricity operators.

and Diamond Bank Plc. granted a total of N23 billion and N50.8 billion, respectively to the power sector. Generally, the local and international investors that participated in the string of acquisitions in the energy sector between 2010 and 2015, particularly the takeover of assets created from the defunct PHCN, raised over $11.6 billion from banks to acquire these assets. The investors staked about $2.929 billion to acquire the assets of the PHCN under the federal government’s privatisation programme.

The 28 per cent, instead of 100 per cent monthly remittances to the market by DISCOs, has also led to monthly revenue deficit of an average of N20 billion in the market. Managing Director, Heritage Bank Limited, Mr. Ifie Sekibo, had stated that the banks were concerned about three key issues affecting them.

He outlined their concerns to include the seeming poor state of the country’s power transmission network, the recurring obstacles in the supply of gas to power plants and the lack of intervention fund for banks that are supporting the sector. Meanwhile, the Electricity System Operator (SO), which confirmed the zero megawatt generation on its website yesterday, disclosed that the temporary crash in generation occurred on Sunday morning.

The federal government, which said this while dispelling fears earlier entertained on the progress of the country’s power sector reform by a delegation of Nigeria’s bankers’ forum, maintained that the transmission fund was to be sourced from the proceeds of the sale of the power generation plants built under the National Integrated Power Projects (NIPP). “Another $500 million from World Bank, $150 million from African Development Bank (AfDB) and $170 million from French Development Bank, was expected for transmission upgrade.

The ugly past of near total neglect of the power sector would soon be redressed,” a statement on the website of the Ministry of Power quoted the former Minister of Power, Professor Chinedu Nebo, to have said. Nebo equally explained that the ministry would do whatever it can to ensure that funds were kept as intervention funds by the Central Bank of Nigeria CBN) to assist the banks.

CBN to dismiss compliance offices of banks over performance