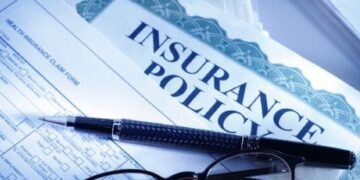 About 2.1 per cent equity in Law Union and Rock Insurance Plc was swapped at a premium in a pre-arranged transaction that was merely formalised through the Nigerian Stock Exchange (NSE).

A report on the transaction indicated that a deal was struck for the transfer of 90 million ordinary shares of 50 kobo each at above-the-market price of N1.10.  The transaction represented 2.09 per cent of the total issued shares of Law Union and the price represented a premium of 50.7 per cent on the insurance company’s current market price of 73 kobo at the Exchange.

The deal, according to the report, was done through the off-market, negotiated cross deals window of the Exchange and as such was not subjected to the dynamics of price discovery for the particular period. Off-market trade implied that the deal was sealed outside the floor of the NSE.

A source in the know said the cross deal might not be unconnected with the recent capital raising by the insurance company. Law Union had in the first quarter of 2017 did a supplementary listing of shares valued at N601.3 million after the conclusion of a supplementary share issue.

The insurance company had launched a private placement to raise about N722 million in new equity funds from strategic investors in the last round of capital raising. Law Union & Rock Insurance offered 1.031 billion ordinary shares of 50 kobo each at 70 kobo per share to strategic investors through a special placement.

The offer price of 70 kobo then represented a premium of 3.0 kobo on the insurance company’s market price of 67 kobo and a discount of 6.0 kobo from its one-year highest price of 76 kobo at the time of the offer.