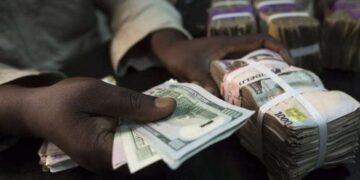 APENFT burned $2.52 Million Worth of $NFT in community voting round APENFT burned 2.52 Million Worth of NFT in community voting round

Reportedly, the voting session went as planned. During this, a total of 1,030,067,282,396.0035 $NFT tokens were transferred to the address T9yD14Nj9j7xAB4dbGeiX9h8unkKLxmGkn. In fact, the transaction record can be found here.

Moreover, according to previous media reports, the $2.52 million for repurchasing $NFT came from another sale of NFTs. Specifically, it was the sale of ‘Three Self-Portraits’ by Andy Warhol. This sale transpired on the Binance NFT MarketPlace.

Following this event, APENFT made a tweet saying that the proceeds would go entirely to repurchasing and burning $NFT. Thus, APENFT launched a community vote on its website on July 7, and the proposal passed on July 10.

Furthermore,  $NFT was first listed on Huobi Prime for trading on May 20. Remarkably, it recorded a 120x increase on the same day. After that, $NFT made listings on other prominent digital currency trading platforms such as Poloniex.

Lastly, it is interesting to note that APENFT runs on the underlying technology of top-tier blockchains like Ethereum and TRON. It also comes with support from the world’s largest distributed storage system — BitTorrent. With these, the platform delivers on the mission of registering world-class artworks as NFTs on the blockchain.

In other news, since its founding, APENFT has struck partnerships with Christie’s, Sotheby’s, and Nifty Gateway. Besides working with these titans in the NFT auction field, it also works with Beeple, the famous NFT artist. Clearly, using the two top public chains has laid a solid foundation in terms of a strong user base. Hence, this will allow APENFT to further expand its market influence.