The tallying of the figures showed that while the 17 Southern states received N528.964 as VAT revenue, the 19 northern states got N478.768 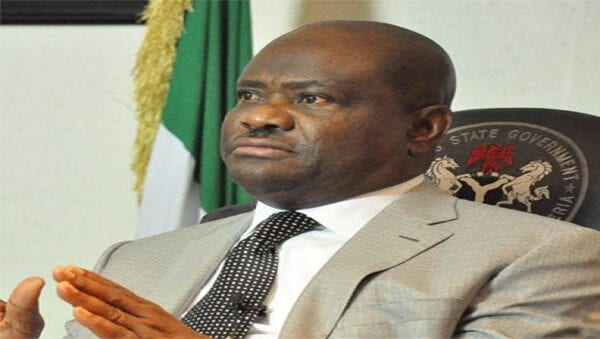 Nigeria’s VAT controversy heightens North/South divide – The raging battle for the control of Value Added Tax (VAT) proceeds between some states governments and the Federal Government has further exposed the skewed and unjust sharing of the nation’s wealth in favour of states from the northern part of the country.

According to findings, the 19 northern states, despite contributing little to the VAT purse, are collecting a larger chunk of the wealth, while the hen that lays the golden eggs, the 17 Southern states, received less.

In a landmark ruling that sent shockwaves across the nation, the presiding judge, Justice Stephen Pam, ruled that the Rivers State government, and not FIRS, is entitled to collect VAT and PIT (Personal Income Tax) in the state.

The court, which granted all the 11 reliefs sought by the Rivers government, affirmed that there was no constitutional basis for FIRS to demand and collect VAT, Withholding Tax, Education Tax and Technology levy in Rivers State or any other state of the federation, being that the constitutional powers and competence of the federal government was limited to taxation of incomes, profits and capital gains, which did not include VAT or any other species of sales, or levy other than those specifically mentioned in items 58 and 59 of the Exclusive Legislative List of the constitution.

According to the Judge, only states are constitutionally empowered to impose taxes, such as consumption or sales taxes in their territories.He, therefore, ruled that henceforth, FIRS should stop collecting VAT and personal income tax, while the Rivers State government should be in charge of the PIT and VAT collection in the state.

Rattled by the judgment, the FIRS embarked on desperate measures to vacate it. A suit filed by the federal agency to obtain a stay of execution from the trial court was also thrown out by Justice Pam.

FIRS then, approached the Court of Appeal sitting in Abuja to vacate the judgment. Before the appellate court could rule on FIRS application for stay of execution of the ruling, another interested party, Lagos State, joined Rivers in the battle.

The state’s Attorney General and Commissioner for Justice, Moyosore Onigbanjo (SAN), told the court that Lagos State Government had applied to be joined as a party in the appeal. He prayed that the application for joinder should be taken first before FIRS’ application for stay of execution. The court is yet to make a ruling on the application.

BH findings revealed that the North has benefited more from the sharing of VAT proceeds while relying on the largely lopsided sharing formula of size, population and equity. According to available documents, while the Federal Government collects 15% (net of 4% cost of collection by the FIRS), the 36 states and 774 local government councils collect 50% and 35% VAT proceeds respectively

For instance, the FAAC adopts 50% to be shared equally among the 36 states and 774 LGs respectively and 30% to be shared based on population and size, irrespective of what they bring to the table, while the remaining 20% is distributed on derivation basis.

A data by the National Bureau of Statistics (NBS) detailing VAT generated and allocated to each state in the first eight months of 2021 (January to August), put Lagos, Rivers and Oyo States ahead of others in the area of generation. The trio generated between themselves the sum of N584.142billion out of the total N782.063.133billion generated by all the 36 states put together (excluding the FCT) in the period under review.

On the other hand, FCT, which generated N235.794billion, is not on the list as it gets special funding directly from the federation due to its position as the nation’s capital. While the NBS documents show that the 19 northern states did not generate much VAT revenue during the period under review, they however, received almost half of the amount generated.

However, despite receiving a huge sum of N478.768 billion, the whole 19 Northern states generated only.

The wide discrepancy is highlighted more in the allocation to Kano which got the second highest revenue after Lagos, despite contributing less than Rivers and Oyo.

A further analysis of the figures on the sharing of VAT proceeds shows that while Lagos received N139.587 billion, Kano which generated only N24.492 billion but received N47.082 billion, while Rivers which generated the second largest revenue got only N46. 270 billion.

Zamfara which generated the least VAT revenue of only N598. 133 million, an average of about N75 million per month, received N35.716 billion (about N4.5 billion monthly), placing it as 4th biggest beneficiary on the allocation table.

Speaking on the development, the Director-General, Lagos Chamber of Commerce and Industry (LCCI), Dr. Chinyere Almona, said the current sharing formula should be adjusted using the factors of equality 20 per cent, population 30 per cent, and derivation 50 per cent.

“The first concern of the chamber is the confusion that businesses face as to who is in charge of VAT collection. This is not healthy for the business community and planning.

“We, however, hail the swift intervention of the Court of Appeal to reduce the uncertainties surrounding these controversies. Businesses should not be subjected to unnecessary hurdles and made to pay the same tax twice from different agencies.

“The Federal Government should urgently establish an understanding with states on what is best for the nation and businesses”, Almona advised.

Another respondent, Chief Gboyega Inaolaji, a chieftain of the All Progressives Congress (APC) in Osun State, said since the amalgamation of the Southern and Northern protectorates in 1914, successive administrations, including colonial, military and civilians have used forces of violence and coercion to seize southern wealth for northern benefit.

“Nigeria’s dubious census exercises were manipulated to force the north’s dominance of Nigerian politics on the rest the regions. Population figures at the time determined not only parliamentary representation but also revenue allocation and employee distribution in the civil service.

“The military also perpetuated the fraud with the one-sided creation of states and local governments in favour of the North.

“The revenue fraud is a longstanding problem that has affected the South’s ability to mobilise the much needed revenue needed to enhance growth and development of their regions.

“So, I am in support of ongoing push to address the injustice”, the APC chieftain declared.

In his own reaction, a public affairs analyst, Dr. Joel Ademisoye, condemned the situation where some states are reaping where they never sowed like those with little generations to VAT, but are up on the list of allocations, distribution or receipts.

“I find the VAT system to be a reflection of an illusion of fair and equitable treatment among the 36 states and FCT. The corrective measures must close the gaps in the existing VAT formula, structure and operations.

“It is not a hidden secret that the Northern states generate zero in the sphere of alcohol VAT, because of the existing Sharia laws, which ban and prohibit the drinking of alcohol in the dominant Islamic religious culture of the region.

“From a logically and rationally thinking perspective and making a common sense point of view, it is an appropriate government policy, one would think and expect that the Northern states would be excluded from the receipts on alcohol VAT, because they generate zero revenue from the sale and consumption of liquor and beers in the Northern states.

“But, by the irrational assumptions and thoughts of the Federal Government, states in the North are taking part in the sharing or distribution of alcohol VAT.

“I see the status quo of VAT as unreasonable, iniquitous and unfair in that 19 states in the Northern region of the country are benefiting from the alcohol VAT, with zero generation”, Ademisoye said.

“Allocation should be done solely among states. The sharing ratio between states and local governments can be agreed and enforced by laws passed by States Houses of Assembly. This particular recommendation is very important due to the lopsided distribution of local governments to the disadvantage of some states;

“The cost of collection, which stands at 4 per cent should be reduced to 1 per cent, with the gain of 3 per cent made available to all states;

“The current 15 per cent shared by the Federal Government should be surrendered entirely to the pool, since VAT remains a consumption tax;

“A mechanism should be established to ensure that states that prohibit alcohol and allied products are not allowed to benefit from VAT on the same”, Ashade stated.