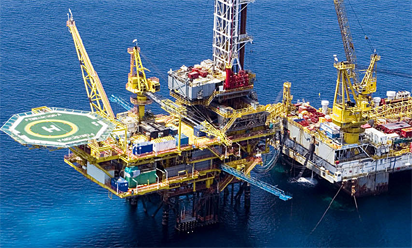 Supply Crunch Spurs Crude Oil Market to Two-Month High – The crude oil market jumped further on Thursday, supported by growing fuel demand and a draw in US crude inventories just as production remained hampered in the Gulf of Mexico after two hurricanes.

Prices hit their highest levels since late July after US crude stocks dropped to their lowest in three years on the momentum of supply constraints in the US Gulf of Mexico, which was reflected in the large crude inventory draws report of last week.

There was also a fall in the US Dollar, which attracted investors to the commodity. The greenback, which usually has an inverse relationship with commodities prices, including oil, eased slightly from a one-month high.

The market was also supported by the US Federal Reserve signal that it could begin tapering asset purchases as soon as November and potentially start raising interest rates as soon as next year. Oil market participants turned their focus to global oil inventories, especially those in the United States.

Investors’ confidence also continued to strengthen as a return of appetite for risk assets as concerns eased over a possible near-term default by Chinese property developer China Evergrande on its Dollar bonds.

Market analysts added that surging natural gas prices were also attracting the rise as the supply shortage of gas could encourage power utilities to shift from gas to oil if winter turns out to be colder this year.

This is in addition to the fact that some members of the Organisation of the Petroleum Exporting Countries and its allies, OPEC+ have struggled to raise output after years of under-investment or delays to maintenance work during the pandemic.

Saudi Arabia, Russia and others in the OPEC+ group of 23 oil-producing nations are adding about 400,000 barrels per day of supply to the market each month as they unwind historic cuts made last year.