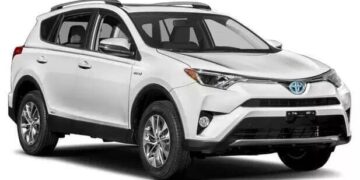 by Tosan Olajide
in PRICE WATCH
3 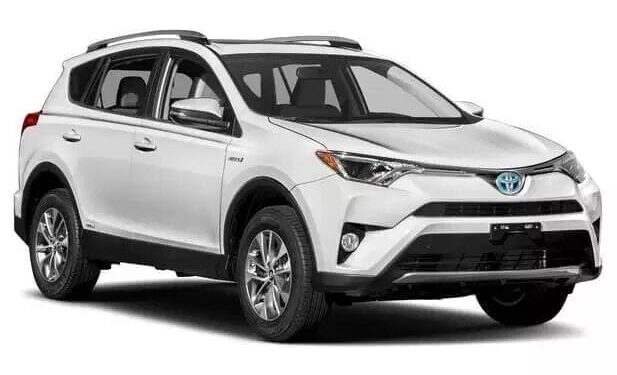 Prices of Toyota RAV4 in Nigeria (2021) – The rate and manner at which Toyota has ruled the automobile market is staggering. Asides the fact that they are known for building strong, durable, reliable and absolutely fashionable automobiles, their consistency in designing and bringing up new features has undoubtedly made them one of the best automobile companies in history. Mostly known for constantly maintaining and improving on a particular brand for a long time, their Toyota RAV4 only confirms their steady delivery of excellent and wonderfully designed vehicles.

Toyota RAV4 simply gives you everything you might need from a crossover vehicle. From its stylish interior to its enviable exterior, this Toyota model oozes excellence from all over. Just like most other Toyota brand, RAV4 has been embraced with open arms in the market since its release over 24 years ago. While its latest models command attention and respect, what has stunned car lovers the most is the absolute consistence and improvement made for each model released. RAV4 is one of the oldest Toyota model still in the market today. Nigerians love consistency matched with creativity, one reason why they remain lovers of RAV4 till date.

Like other Toyota models, spare parts of this classy crossover SUV are easily accessible and affordable, thanks to its consistency and exploit in the automobile market. The latest model is mouth-watering; one cannot just get enough of its plush interior and exquisite design. There is only one thing involved here; with RAV4, you can never go wrong.

Let us take a look at the Prices of various models of Toyota RAV4 in Nigeria.

When the automobile market accepts a vehicle with open arms, you can only expect a consistent production of the vehicle. That is exactly the situation with RAV4; since the launch of its first model in 1994, the market has consistently craved for more of the model, challenging the brand to constantly come up with new models every year. Toyota never runs out of ideas with every year inspiring an improved model of the previous year.

With the production of Toyota RAV4 still on, brand new versions of the latest model can be purchased directly from the manufacturers or international distributors across the globe. It should be noted that there is no fixed price for the brand new of the latest model of RAV4 due to certain factors that include inconsistent currency exchange rate, clearance and custom tariff among other factors.

The 2018 model of RAV4 can be purchased between 25 million naira and 30 million naira depending on the factors already discussed above.

Nothing beats a brand new “tear rubber” vehicle; definitely not in quality, neatness, freshness or overall performance. Nigerian has a very large market for foreign used automobiles. In fact, the nation stands tall as one of the countries with the highest number of sales of foreign used cars in Africa. This is largely because most Nigerians see little difference between brand new cars and their foreign used versions. Why buy a brand new car when you can enjoy the same quality and general efficiency in the foreign used version which you even get for cheaper price?

Give to the durability, efficiency and rugged nature of RAV4; most Nigerians have opted to get the foreign used version of the car which serves same purpose and almost the same quality as the brand new versions. With its ruggedness, a neat foreign used RAV4 is almost as good as the brand new model, provided the engines and other important parts of the SUV are functioning at the highest level.

Here, we will take a look at the prices of various models of Toyota RAV4, focusing on models from 2005 till date. It should be noted that the variation in these prices is as a result of some basic factors including the currency exchange rate at the time of purchase, clearance and custom tariff, the year of production of the vehicle and other similar factors.

Locally used cars are generally known to be cheaper than foreign used versions. Understandably so, there is depreciation in terms of quality, freshness and sometimes, general efficiency; not in all cases though. RAV4, like some other Toyota crossover or jeeps, have a record of being very durable and maintains great efficiency for a long time, thanks to their energetic and well-built engines. Buying fairly used Toyota RAV4 would not be a bad idea.

It is though essential to consider some basic factors which include the neatness, the strength of the engine, the general efficiency of the vehicle, and the physical and operational on-road conditions of vehicle among other factors. The eventual prices of various models of the car also depend on the factors already mentioned above. While you would not have to contend with an inconsistence in currency exchange rate or custom clearance charges, you might only be faced with a battle of identifying one with perfect or almost perfect on-road operation.

The list below shows the current prices of locally used RAV4 in Nigeria.

Toyota RAV4: Things you should know about the Vehicle

Originating in the latter half of the 1990s, the Toyota RAV4 was one of the first entries in the small crossover SUV market. It has since then dominated its automobile group in the market, forging a class of its own . Today’s RAV4 is considerably larger than that pint-sized original, but the core appeal of versatility, good fuel economy and favorable on-road manners are firmly intact.

The Toyota RAV4 comes in four trim levels: LE, XLE, SE, Limited and Platinum trim levels. All have a 2.5-liter four-cylinder that produces 176 horsepower and 172 pound-feet of torque. A six-speed automatic is standard, and buyers can choose either front- or all-wheel drive. With an EPA-estimated 25-26 mpg in combined driving, the RAV4 is as fuel-efficient as its competitors.

Toyota RAV4 gets just about everything right. Its roomy cabin boasts more cargo room than most rivals and provides ample seating space for adults both front and rear. The overall interior design is class and modern looking. The Entune system provides useful smartphone app integration, although the touch-screen’s virtual buttons can sometimes be fastidious to use. There is no engine upgrade available, but the RAV4’s 2.5-liter four is refined and adequately powerful.