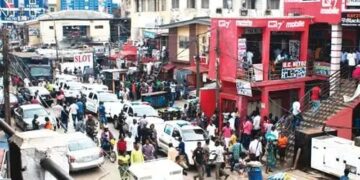 by Tosan Olajide
in PRICE WATCH
7 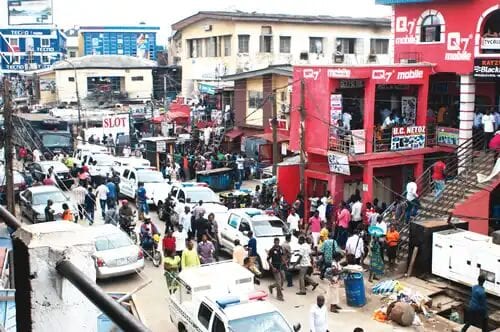 Cost of Living in Nigeria’s big cities of Lagos & Abuja (2021)-Coming to Nigeria without a clear idea of the cost of living can be a costly error. Many people assume that life in Nigeria is provincial and that it is affordable. Relocating based on that assumption can be one of the worst mistakes for expats to make as Nigerian cities like Lagos and Abuja have been repeatedly ranked in the global list of the most expensive cities to live in.

Whether you’re an expat or tourist, you need to plan your budget in line with the reality in Nigeria before you visit the country. You want to make sure you know the cost of transportation, food, housing and much more to avoid issues that may arise due to insufficient funds.

The cost of living in Nigeria is dependent on the state you want to live in as some states have a low cost of living where you can easily cover the expenses. However, of the many cities in the country; only two have received significant attention from the world based on the high political and economic relevance they command namely: Lagos and Abuja (the capital). Additionally, many Nigerians believe that these cities offer a lot of opportunities than other states which is one of the key reasons for the continuous influx into these cities.

And just in case you’re surprised that two of Nigeria’s cities rank high in the list of the most expensive cities in the world ahead of prominent cities like Berlin and Barcelona while the country is rated one of the poorest in the world, wonder no more

The answer lies in the oil boom of the 1970s which improved the conditions of the big cities significantly while also causing the population to explode. Consequently, private investment in amenities and luxuries to meet the needs of foreigners and businesses increased which eventually spiked costs in the cities.

We have done some decent research on the cost of living in Nigeria using the two economic powerhouses (Abuja and Lagos) and have compiled the data so you can make informed decisions. Without further ado, let’s delve into the full analysis.

Cost of Living in Nigeria: Housing

Generally, the cost of housing is indiscriminately high and varies from place to place in Nigeria. In most cases, hiring companies find and secure houses for their expats to relieve them of the stress of home hunting. Some companies go further to foot the bill which is usually part of the benefits that come with the job.

In some instances, some companies purchase or sub-let large quantities in areas for their expatriate staffs. These areas, generally known as expat quarters, often have the key features needed for comfortable living.

The high-end areas in both cities command fatter rents because these areas usually have a good road connection, power supply and electricity supply. The level of security in such upscale areas is also high.

Prices vary for those who may be thinking of buying a home in any of these two cities. While the exact price of an apartment will depend on a variety of factors like the area you want to buy the property from, social amenities and your negotiation skills among other things, you will need to budget in around N400,000 (about $1,200) per square metre.

However, note that the cost of utility bills is dependent on the number of people who occupy the accommodation and as such, the prices may rise.

Cost of living in Nigeria: Transportation

One of the items that can take a huge chunk of anyone’s expenses in Nigeria if not properly planned for is transportation. Much like housing, the cost of transportation varies in different parts of the country.

While the cost of transportation is a little on the high side in the more developed Southern part of Nigeria, it is significantly lower in the Northern part.

Most expats prefer to hire a local who knows the routes across the city for the sake of convenience and efficiency. Although taxi companies like Uber and Taxify are getting more popular in some states, some expats prefer to ride in their company car. If you’re considering this option, you will need to include the salary of the individual into your monthly budget as well as other costs associated with transport like car insurance, fuel and maintenance costs.

As at the time of writing, a litre of PMS (popularly called petrol in Nigeria) costs N145 while the average cost of transportation is about N200. Some roads in the cities are in a bad shape and you might need to spend more to get to those areas. Unlike Abuja, Lagos is known for its legendary gridlock that besieges roadways which usually gets worse during the rush hours. At such times, some locals navigate their way through the treacherous traffic by using improvisational motorbike taxis (called “okadas” by Nigerians) which also cost an average of N200 (depending on the distance).

Alternatively, you can make use of cab-hailing services which costs about N300 – 500 per kilometre and N1,000 – N4,000 per hour waiting. If you would like to own your car, you can purchase either a brand-new vehicle or a used one (called “Tokunbo” by Nigerians) from as low as N1,500,000. However, keep in mind that transportation costs in Nigeria are volatile due to changes in forex and the price of oil in the international market.

Going further, the price of flight tickets from Abuja to Lagos and vice versa costs an average of N50,000; however, you may be able to get a lower price quote if you book in advance.  Or you can opt to travel by road and pay between N6,500 and N8,000 for the trip.

Cost of Living in Nigeria: Education

If you’re relocating to Nigeria with your family, chances are that you have a child (toddler, adolescent or teenager). As such, it’s pertinent to factor in the cost of education into your budget as this one of the important factors to note. While government schools are spread across the country, they’re not an option for expats who want to give their children the best education possible.

As expected, the cost of education in private schools is higher than the cost of education in public schools. The tuition fees in a regular primary school is between N30,000 and N150,000 per term, while the prices in international schools usually range from as little as N500,000 up to N3 million per annum. Public schools cost less as the fees can be as low as N5,000.

Even the tertiary institutions are not left out as private universities cost more than government-owned universities. Apart from the quality of education, private universities have the advantage of a smooth academic calendar as there are no industrial actions which the public universities face. However, tuition fees usually begin from around N300,000 up to N4 million.

Cost of Living in Nigeria: Food

Nigeria’s inflation rate has been double digits ever since the recession the country experienced which explains why the cost of foodstuffs in the market has skyrocketed. However, here is a price comparison that shows the cost of each food item in Lagos and Abuja.

Basic lunchtime menu (including drink) in a business district costs N2,869 in Lagos and N1,843 in Abuja while a combo meal in a fast food restaurant (popularly called eatery) costs N2,230 and N1,794 in Lagos and Abuja respectively.

Here are prices of other foodstuffs across Nigerian markets which may slightly vary from city to city.

Sometimes, the body breaks down and requires medical attention and you want to be ready for such unforeseen occurrences. A short visit to a doctor costs around N6, 700 in Abuja and N11, 088 in Lagos, although this figure may vary in different regions and clinics. Medications (like Tylenol, Frenadol, Coldrex or other similar brands for treatment of cold cost between N1, 400 and N1, 700) for a 6-day course.

As the adage goes, prevention is better than cure which is why it better to pay good attention to personal hygiene. Here is a quick list of the basic items for personal hygiene and the costs.

Cost of Living in Nigeria: Salary and financing

All companies pay their workers in Naira with exception of a few multinational companies that pay their expat staffs in foreign currency. With over 23 job categories in Nigeria as shown by a study, the salary rates vary depending on the nature of job and skill-set required but the minimum wage is pegged at N30,000 (around $85).

However, people living in Lagos and Abuja will spend an average of N2,000 per day (depending on lifestyle) on necessities like transportation, feeding and other expenses.

Unfortunately, one of the biggest problems workers face in Nigeria is that the salaries are seldom paid on time. It’s no longer uncommon for some state governments to default in salary payments for as long as 3 months which has brought untold hardship to the workers and their families while also slowing down the economic activities in the states.

Likewise, getting loans to finance a business can be a herculean task as many entrepreneurs have cried out at various times at the unwillingness of banks to give them loans. This situation is the same across the country as most individuals rely on cooperative societies to raise funds for their projects.

Cost of Living in Nigeria: Entertainment

Couples who are looking to have a romantic evening can have a dinner date in the neighbourhood pub with a budget of N7,000 or they can visit the cinema to see the latest blockbusters with the price of 2 tickets as low as N3,000.

While couples in Abuja can have a special evening outing at an Italian restaurant in the expat area with offerings such as appetisers, main course, wine and dessert for N13,700, couples in Lagos can have the same experience for N20, 275.

Underestimating the cost of living in this West African country can prove to be a grave mistake that could lead to a lot of inconveniences and even debts. It’s advisable to always plan adequately so as to forestall unforeseen circumstances.

While it is easier to cover the cost of living in other parts of the country, the same cannot be said of Lagos and Abuja which are two of the top expat destinations in the world. Having read this far, you can now make informed decisions before moving to the Nigeria.