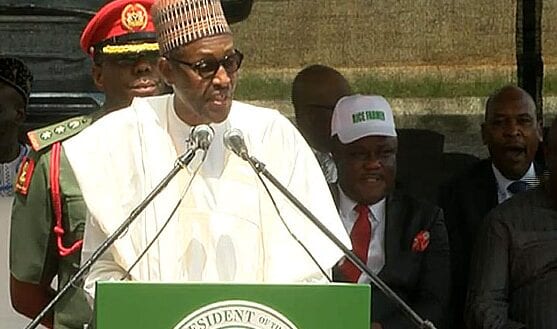 Recall that the current administration came to power on the back of social media frenzy leading up the 2015 general elections following the merger of Senator Bola Tinubu’s camp of the Action Congress of Nigeria (ACN) and Muhammadu Buhari’s Congress for Progressive Change, CPC along with faction from All Progressive Grand Alliance (APGA) which metamorphosed in the mega party of the ruling All Progressive Congress; together they launched an onslaught against the People’s democratic party (PDP) using the social media especially twitter.

The first attempt to launch a social media platform was in 2016 when minister of information and culture Alhaji Lai Muhammed launched the Federal government of Nigeria app (FGN app). The app was designed to provide relevant and authentic real-time information from the Nigerian government to Nigerians at home and in the diaspora, as well as the rest of the world.

The Minister of Information while launching the App said: “The Federal government will not allow the media space to be dominated by those who are daily working to discredit the federal government and obfuscate its achievements.”

“So, FGN is supposed to “send undiluted and factual information directly to Nigerians and bring about a paradigm shift in the way the government communicates with the citizens by ensuring that authentic and real-time information is delivered directly to them, irrespective of their location.”

After some efforts to get the App the popularity it needs to become a significant influence in the social media space, the project failed and went into extinction; no information was made available to the public on how much was spent in developing the App and subsequent marketing.

The second attempt by federal government to float a social media app to rival facebook and twitter started in 2019, according to a recent report, the Buhari administration provided seed capital for Adamu Garba’s Crowwe social media platform, hoping the firm would help the government dominate internal narratives while squaring an ardent challenge to Facebook and Twitter for the Nigerian audience.

The Gazette obtained bank documents that carried a transfer of funds from the Central Bank of Nigeria to Mr Garba’s IPI Solutions, a software engineering firm run by Mr Garba. The company developed and deployed the Crowwe social media app.

The CBN on May 21, 2019, transferred N136.8 million to Mr Garba’s IPI Solutions, documents said, marking one of several transfers that sources said the Buhari regime advanced to Mr Garba in the course of building the Crowwe app.

When twitter decided to delete President Buhari’s civil war threat tweet which subsequently lead to the outright ban of the microblogging platform in Nigeria, Minister of information Alhaji Lai Muhammed said the ban is because twitter helped raised funds for #Endsars protest among other claims; reacting further the minister said; “The mission of Twitter in Nigeria is very very suspect. Has Twitter deleted the violent tweets that Nnamdi Kanu has been sending? The same Twitter, during the #ENDSARS protests, that was funding #ENDSARS protesters,” the minister said.

An attempt was made by Adamu Garba, the founder of Crowwe app to take advantage of the twitter ban to gain popularity but failed woefully, Nigerians went to google playstore and reported the App which lead to google removing it from playstore.

With the failure of FGN App and Crowwe App to become a social media platform for Nigerians controlled by the government, the need to control social media in Nigeria remains unsolved and another attempt may be in the works for the APC government in the future.