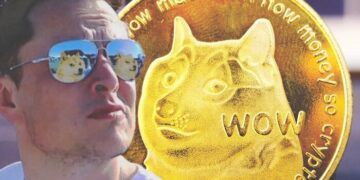 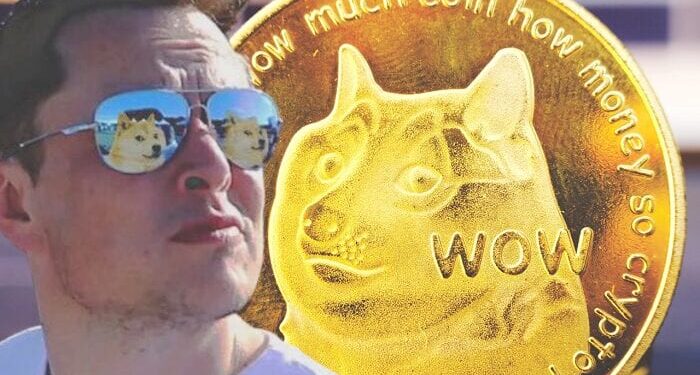 Elon Musk Reaffirms Support for Dogecoin, Changes Profile Picture – Tesla and Spacex CEO Elon Musk has continued to tweet about the meme cryptocurrency dogecoin. He has changed his profile image on Twitter to include an image of the Shiba Inu dog that represents dogecoin. He also tweeted that his son is “hodling his Doge like a champ.” Meanwhile, dogecoin’s trading volumes soared 1,250% in the second quarter on the world’s major cryptocurrency exchanges, according to data by Coinbase.

The Doge community was thrilled over the weekend when many people noticed that Elon Musk, whom they call the Dogefather, had changed his profile image on Twitter to one of him wearing sunglasses that have a Shiba Inu dog in the reflection.

Following his profile picture change, the price of dogecoin got a slight boost but has since fallen down, shedding all of its weekend gains. The DOGE price at the time of writing is $0.174 based on data from coingeck.

Dogecoin records +45% growth in past 10 days, set for another moonshot

Prior to Musk updating his profile picture on Twitter, he tweeted about dogecoin Saturday confirming that his baby son, named “X Æ A-12,” is not selling his DOGE. Musk wrote:

Lil X is hodling his DOGE like a champ. Literally never said the word ‘sell’ even once.

Musk has previously said he bought dogecoin for his son “so he can be a toddler hodler.” He also indicated that he owned DOGE himself but did not disclose how much, tweeting on May 20, “I haven’t & won’t sell any doge.”

Meanwhile, dogecoin’s trading volumes had increased rapidly. According to data compiled by Coinbase, as reported by the Insider:

Dogecoin’s trading volumes soared 1,250% in the second quarter of the year on the world’s major cryptocurrency exchanges.

Dogecoin’s average daily trading volume shot up to $995 million in the April to June period, from $74 million a day in the first quarter.