Check out top 10 Best Plastic Surgeons In The World 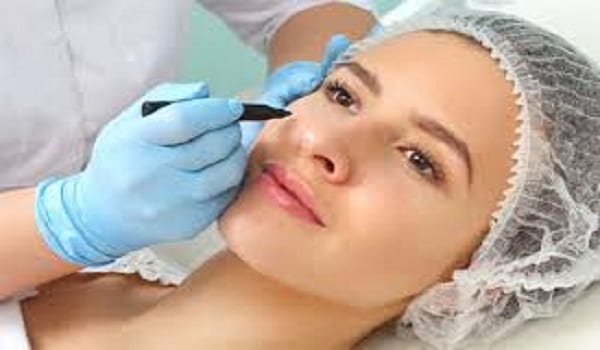 Check out top 10 Best Plastic Surgeons In The World

Check out top 10 Best Plastic Surgeons In The World – This is a list of Top 10 Best Plastic Surgeons in the World (Ranked), Let’s meet the people that are behind the perfect faces and bodies you see on the TV, the best plastic surgeons in the world! Ladies and gentlemen, you don’t have to worry anymore about getting old and wrinkled or if you have a skin disorder/injury, there are qualified people in this world that can save you and make you as beautiful as you ever dreamed of! These doctors have taken care of thousands of people and made their dreams come true.

Nowadays, plastic surgeons are probably the highest paid and the most popular doctors in the medical industry and it’s easy to see why. Who doesn’t want to look forever young?

Dr. Ivo Helcio Jardim de Campos Pitanguy, commonly known as Dr. Ivo Pitanguy, is an 88 year-oldman that has been through a lot in order to reach the level he’s at the present time. Dr. Pitanguy studied at the Bethesda North Hospital in Connecticut and then traveled toEurope to learn plastic surgery, the medical field that eventually defined his life. He then moved back to Brazil and in 1961 treated hundreds of burn victims after a circus tent burned down. Dr. Pitanguy currently works at his private clinic in Rio de Janeiro, Clinica Ivo Pitanguy, where he trains other surgeons and performs the surgeries.

9.Dr. Raj Kanodia, California Now this is a man with some strong beliefs.

You can find Dr. Raj Kanodia in California and is actually a very in-demand plastic surgeon at the moment, especially for the locals. He’s not only recognized for his advanced medical skills, but also because he’s very familiar with the principles of Ayurveda, the traditional Hindu system of medicine.

This should come as no surprise as he grew up in India. Dr. Kanodia is also the brain behind Ayurmedic, a new line of skin care products that’s supposed to be revolutionary. And for those of you that are interested, his speciality is Rhinoplasty.

8.Dr. Jose Juri, Argentina Meet one of the experts in plastic surgery!

Dr. Jose Juri is based in Buenos Aires and is one of the best plastic surgeons in the world at the moment. Well, actually for quite a long time. He is considered by many others in the medical industry as an expert in numerous areas of plastic surgery. Until this day, Dr. Juri has performed over 10,000 successful Rhinoplasty procedures and he is also a master in the augmentation of the breast!

Dr. Woffles Wu Tze Liang, commonly known as Dr. Woffles Wu is a revolutionary doctor from Singapore! He got his medical degree from the National University of Singapore and for a while he worked at the Toa Payoh Hospital as a pediatrician.

In 1989, he moved to the Singapore General Hospital and built his successful career in plastic surgery for the next 12 years of his life. Eventually he established his private clinic, the Camden Medical Centre and he is actually the inventor of the Woffles Lift, the revolutionary facial rejuvenation procedure that is made without any removal of the skin!

This is another man that revolutionized the field of plastic surgery! Dr. Des Fernandes is a plastic surgeon based in South Africa and got his medical degree from theWitwatersrand University and then became a part of the Royal College of Surgeons in Edinburgh. But before making a huge career in plastic surgery, he was specialized in cardio-thoracic surgery. Dr. Fernandes was actually part of Christiaan Bernard’s team, the first ones in the world that performed a double heart transplant!

Eventually he turned around to plastic surgery under the tutelage of Dr. David Davies and he wasthe first one to perform a special facelift technique, the Suture Suspension.

This is one special doctor in the plastic surgery field. Dr. Jorge Herrera is a very well known plastic surgeon that for all of you who are interested, can be found in Buenos Aires, Argentina. Many others in this field consider him to be an expert of reconstructive surgery, helping people get rid of birth defects and injuries suffered from accidents. But what’s special about him is that he doesn’t act in the favor of some patients, he treats all the people the same, no matter the age of the background.

This man has been a leader all of his life. Dr. Michel Pfulg is a famous plastic surgeon that is based in Switzerland and has quite an impressive history behind him. He used to practice at the La Prairie Clinic and was also the chairman of the Swiss Society of Aesthetic Medicine in 2004. Dr. Pfulg also used to be the leader of the Department of Plastic and Reconstructive Surgery,but he was then later put in charge of the Department of Surgery at the Clinique Valmont.

I have to tell you, celebrities and the richest are very familiar with this doctor. Dr. Sherrell Aston is a famous plastic surgeon that is based in Manhattan, New York and is the true love of many celebrities out there. He is the Director of Surgery and the leader of the Department of Plastic Surgery at the Manhattan Eye, Ear and Throat Hospital. But besides all of these, Dr. Aston is best known for his invention of a revolutionary procedure,the FAME, an abbreviation from Finger-Assisted Malar Elevation. The good news is that he’s passing his wisdom to other soon-to-be doctors as he is a plastic surgery professor at the New York University School of Medicine and Institute of Reconstructive Plastic Surgery.

This is another inventor in the medical field! Dr. Sydney Coleman is a successful plastic surgeon that is based in New York and that got his medical degree from the University of Texas. He completed his residency in plastic surgery at the St. Francis Memorial Hospital, but he is also specialized in microsurgery, a field that he learned at the R.K. Davies Hospital. But most important of all, Dr. Coleman is the famous inventor of lipostructure, a revolutionary fat-grafting technique that restores the luster of young skin.

Here he is, the man that is considered to be the best plastic surgeon in the entire world! Dr. Olivier H. de Frahan is a famous and worldwide known plastic surgeons that performs his procedures in both France and England. He is an expert of cosmetic surgery procedures, especially if we’re talking about Botox, fillers and lipostructure. The results of his procedures are respected all over the world for their unbelievable natural appearance, especially in eyelids and facelifts. So ladies, if you’re planning to fix your face anytime soon, make sure you contact Dr. Olivier H. de Frahan! Source

CHECK OUT THESE INTERESTING STORIES: