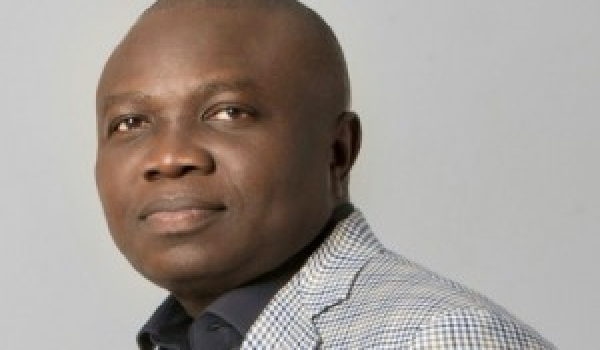 Brief profile of Jide Sanwo-Olu, Ambode’s political nemesis – On Monday, September 10, 2018, when Lagos governor, Akinwunmi Ambode declared his interest to re-contest for the state governorship seat in 2019 by picking up his nomination form at the national secretariat of the All Progressives Congress (APC), little did he know that he would be engaged in a fierce battle for the party’s ticket in the forthcoming primaries.

Two former commissioners, Obafemi Hamzat and Babajide Sanwo-Olu have also declared their intention in vying for the APC’s governorship candidacy.

Born on September 19, 1964, Hamzat, was appointed the Commissioner for Ministry of Science & Technology, Lagos in August 2005 by former governor, Bola Ahmed Tinubu, a position, he held until 2011. He was reappointed the Commissioner for Works and Infrastructure by Governor Babatunde Raji Fashola in 2011. Hamzat’s foray into the ring has sent tongues wagging but it is Sanwo-Olu’s entry into the mix that has flipped the script.

While submitting his nomination form at the APC headquarters, Sanwo-Olu was accompanied by James Odunmbaku, a prominent member of Mandate Movement – a group fiercely loyal to Bola Tinubu, national leader of the party. In a video shared on Tuesday by Dele Momodu, publisher of Ovation International, Odunmbaku, popularly known as Baba Eto (Master planner) declared Sanwo-Olu as the “incoming governor of Lagos state.”

James Odunmbaku (left), a prominent member of Mandate Movement, accompanied Sanwo-Olu to the APC headquarters in Abuja for the submission of his nomination form.

According to political watchers, Odunmbaku, a former deputy leader of the APC in the state is described as the voice of Tinubu and a fore-runner to the former governor’s political moves. In 2014, Odunmbaku was also the first person to declare support for Ambode, before Tinubu made his stance public.

The group is made up of all the 57 local government chairmen in Lagos and over 50 of them, loyal to Tinubu, have reportedly pledged their support to Sanwo-Olu, who is believed in many quarters to be the APC chieftain’s preferred choice. The Lagos APC has opted for direct primaries and the council chairmen are the most influential grassroots mobilisers, hence, the belief that Sanwo-Olu is in pole position to bag the party’s ticket.

But who is Jide Sanwo-Olu?

53-year-old Sanwo-Olu is the current chairman of the Lagos State Property Development Corporation (LSDPC). His foray into politics began in 2003 under Tinubu’s watch when he was appointed the Special Adviser on Corporate Matters to then Deputy Governor, Femi Pedro. He moved up the ladder after a year when he assumed the same position, this time, as an aide to Tinubu. During his time as Special Adviser, he is reputed to have created an enabling environment for the influx of private sector participation in government. He also formulated smooth operations between the government and the organised private sector. During this time, Sanwo-Olu is said to have been responsible for preparing and tracking the state’s Internally Generated Revenue (IGR). While in this capacity, he was also responsible for the publication of the Lagos State Economic Empowerment and Development Strategy (LASEEDS).

Sanwo-Olu, a security awareness expert also helped set up the Lagos State Security Trust Fund and was a board member for four years.

While submitting his nomination form and speaking on his decision to run for an elective position, he said, “Why am I in the race? I’m sure I am 53 years old but more importantly, in the last almost 30 years, I had spent 16 years out of it in the private sector and 11 in the public service. Of course, I have been three-time commissioner. I have been two-time special adviser, I have been director in the biggest corporations in the state. I have served over three governors.

“So, I have wide range of experience and I have a dream to obviously contribute a lot more. As a Lagosian and ‘son of the soil’, I will just be able to let our people get to where they know that governance is all about people, it is about what we expect, it is about what will go back to them, improve the course of life, course of security and there are lot of other things we are going to be rolling out.

“But why especially is to give my number of years’ experience, the pedigree from the private sector and from the public sector. I think it is appropriate for me now when people of not-too-young are with us and put that aspiration in place,” he concluded.

Not only is Sanwo-Olu vast in political issues, he also boasts a track record in the private sector. Between 1994 and 1997, he worked at the defunct Lead Merchant Bank Plc, where he managed its liquid assets and general funding requirements on a daily basis. He moved to the United Bank for Africa (UBA), where he was a Senior Manager and the head Foreign Money Market before joining First Inland Bank, Plc (now First City Monument Bank), where he rose to the position of Deputy General Manager (Divisional Head) and was the Corporate Financial Advisor to several multinational companies. He also played a role in the concession of the National Arts and Theatres and the Lagos International Trade Fair as a supervisor in the Bureau of Public Enterprises (BPE).

Sanwo-Olu left banking and is the currently the Chairman of Baywatch Group Limited – a company with interests in construction, property development and human capital development. He holds degrees from the University of Lagos. The London Business School and the Lagos Business School.

With his antecedents both in the public and private sector, Sanwo-Olu looks like a man ready for the job but is this really the case? Does he have the political clout to outwit Ambode at the primaries?

What interest does Bola Tinubu, the self-acclaimed kingmaker and godfather of Lagos politics have in all of this? What exactly does the Mandate Group hope to gain from endorsing Sanwo-Olu and ignoring the incumbent governor, or are they just doing the bidding of Tinubu, their master?

Lagosians and Nigerians are worried on what could have gone wrong between Tinubu and his political godson Ambode for Sanwo-Olu to gain such prominence within a short period.

The question on the lips of many is if Sanwo-Olu wins the ticket, what will be the next step for Ambode? Will he get a juicy appointment at the federal level or be forced into political oblivion like former governor, Femi Pedro?