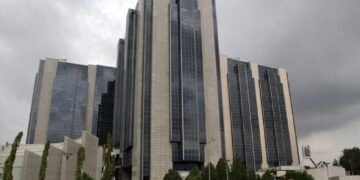 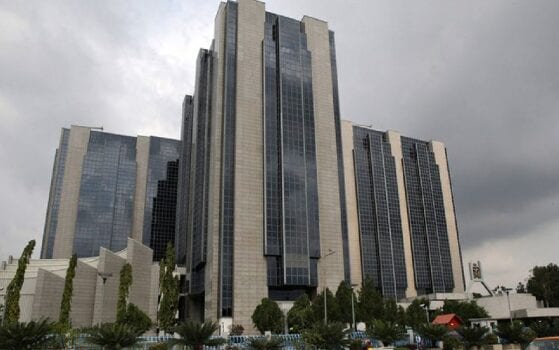 The Governor of the Central Bank of Nigeria (CBN), Mr. Godwin Emediele, disclosed this Friday night, in Washington DC, USA.

He said that the development was a demonstration of foreign investors’ confidence in the Nigerian economy, adding that the   monetary policy outlook and the efforts on reduction of import bill would remain part of the CBN policy stance going forward.

The CBN Governor added that the apex bank was committed to ensuring the Nigerian financial system was not only sound, but   able to support the real sector in boosting Nigeria’s growth and development, while continuing to attract foreign investors.

He stated: “Although monumental feats have been achieved by the CBN in various aspects of development finance, foreign exchange management, financial inclusion and payments system in the past five years, challenges remain.”

Emefiele revealed that Nigeria’s foreign reserve has stabilised at USD45 billion from the low point of USD23 billion in 2016, stressing that the CBN’s foreign exchange policy, particularly the Investors’ and Exporters (I&E) Window established in 2017, was delivering desired results.

He stated: “Since its establishment, the CBN has recorded about $35 billion in autonomous forex inflows through this Window alone. As a result, exchange rate pressures eased considerably across all markets as the rates converged to about N360/$ and the distortive premium almost eliminated.

“At the Bureau De Change segment, there has been a significant appreciation of the Naira from over N525 per dollar in February 2017 to about N360 per dollar today. Rates at the I & E Window also appreciated from nearly N382 per dollar in May 2017 to just over N360 per dollar. In addition, exchange rate pressures normally witnessed during the general election cycles.”

According to him, the outcomes of the recent CBN forex policy has led to stable exchange rate, forex liquidity, vibrancy in the capital market, improved supply of forex impact on Purchasing Manager’s Index, and the improved forex supply expected to impact positively on Gross Domestic Product, GDP, growth and more companies declaring profit and offering rights issues.

Stressing further on the impact of the policy, Emefiele noted that there has been a boost in local production of the goods on the list of the 41items banned from official forex market, adding that the policy has created domestic demand for the items concerned, employment generation, substantial forex owing to the reduction in the import bills of the country and improved domestic capacity.

He disclosed that the CBN intervention in the area of agriculture, manufacturing, Micro, Small and Medium Enterprises (MSMEs) and infrastructure has yielded multiplier effect on the economy.

Commenting on its Anchor Borrowers Programme (ABP) initiative, he said: “This scheme stands out as one of the major achievements of the Bank in its intervention effort. The goal of the programme is to collaborate with anchor companies involved in the production and processing of key agricultural commodities. Under the ABP, anchor firms serve as off-takers with out-growers involved in production. As at December 2018, a total sum of N174.48 billion had been disbursed through 19 participating Financial Institutions (FPIs) to finance 902,518 farmers, working with 194 anchor companies. During the priod, 2807,775 and 8,423,325 direct and indirect jobs respectively had been created under ABP.”

Highlighting the remarkable achievement of the Bank in the area of financial inclusion, he said: “Financial inclusion is achieved when 80 percent of adult Nigerians have easy access to a broad range of formal financial serves that meet their needs at an affordable cost. The results of the 2018 edition of the biennial Access to Financial Services Nigeria Survey conducted by the Enhancing Financial Innovation and Access (EFInA) revealed increase in the percentage of adult Nigerians that were included in financial services from 58.4 percent in 2016 to 63.2 percent in 2018(4.8 percentage points), The percentage of banked adult Nigerians increased from 38.3 percent in 2016 to 39.7 percent within the same period.”

On the payment system, Emefiele declared: “Since 2017, the CBN has focused its attention on the development of payments system, with a view to migrating from cash –dominated environment to an electronic payments market. Many milestones have been achieved since that time. The level of development attained in the national payments system through the implementation of the PSV 2020, has necessitated the shift of focus to managing the risks in the payment system.”

The CBN Governor stated that the Bank also recorded major achievement in the last five years in the area of National Collateral Registry (NCR), which was put in place in collaboration with the International Finance Corporation, IFC.