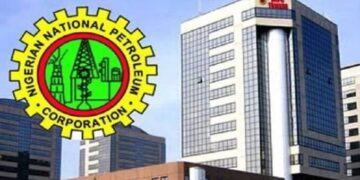 NNPC to get $3.9b loan from banks for equity in Dangote Refinery

NNPC to get $3.9b loan from banks for equity in Dangote Refinery

by Sam Gabriel
in BANKING
1 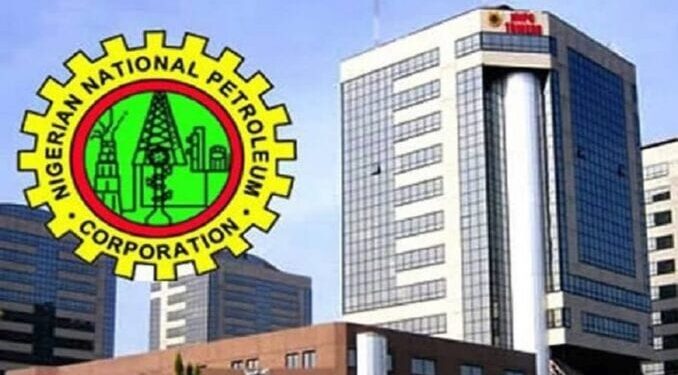 NNPC to get $3.9b loan from banks for equity in Dangote Refinery – Banks have commenced engagements with the Nigerian National Petroleum Corporation (NNPC) on how to lend the corporation $3.9 billion to acquire 20 percent equity in the $19 billion Dangote Petroleum Refinery.

The news about NNPC’s plan to buy equity in the refinery which, will begin production in 2022, broke over two weeks ago.

But Kyari did not say the net value of 20 percent equity which will make the corporation a member of the board of the refinery.

His words: “On the  Dangote Refinery, we are not going to take our (Federal Government) money and buy it (equity).

“ We are going to borrow for the cash flow of this business. We know that this business is viable, it will work and that it will return dividends. It has a cash flow that is sustainable because it is a refinery business.

“In the short term, it will continue to be sustainable. And that is why banks have come up to lend to us so that we can take up equity”.

Kyari disclosed that the NNPC and the banks have done all the international processes for the evaluation of the refinery.

Asked if  the pact has been sealed, he replied: “There is a valuation process. This business is very regulated. It is an international business. No bank will lend you money to you buy equity in a business of this scale if you have not followed the basic valuation process.

“The reality is that we have a valuation of this refinery which about $19 billion. I don’t have the exact figure. We haven’t closed on this to answer your question straight.”

He explained that there is a governance aspect that includes the authority of the Federal Executive Council (FEC) to close the deal.

“We need the authority of the FEC to close on this”, he said.

Kyari  disclosed that the Dangote  Refinery is expected to “deliver over 50 million litres of gasoline into our market.”

On the nation’s refineries, he said: “We have awarded the contract for Port Harcourt Refinery rehabilitation and ultimately we are going to close that of Warri and Kaduna very soon in July so that all of them will work contemporaneously”.

The NNPC chief  foreclosed the possibility of suspending the payment of under-recovery or subsidy on petrol  in July because the negotiation with labour is still ongoing.

Kyari said’ “There is a part of  the engagements that is going on. We haven’t closed it(subsidy). It will not be this month. It will probably not be next month also”

He disclosed that President Muhammadu Buhari had charged  the corporation  to control the consumed volume of petroleum products  and ensure there is appropriate pricing.

” The concern of Mr. President  for us to  make sure that we contain two things:   volume and appropriate pricing,” Kyari said.

Asked to state the benefits that will be accruable to Nigerians when domestic refineries become operational, he said it will result in the removal of N21 per litre freight cost from the Premium Motor Spirit (PMS) template.

The NNPC boss  added that there will be an advantage of proximity of products to  consumers since  crude oil  ”is sitting on our  soil instead of taking 14 days to arrive from Europe.”

Kyari, who  also  confirmed that the landing cost of petrol was N256 per litre last week, insisted that Nigeria does not consume up to 60million litres daily but about 52 to 53million litres

“What we call consumption today is actually evacuation from depots. That means we evacuate up to 60million litres on daily basis in a month.

“We always plan 60million litres because we know any time we have below that number we have a crisis”.

He admitted that there are sharp practices in the supply which the corporation is battling to tackle.

Kyari stressed that “more importantly, you have what is called cross-border smuggling of petrol which is associated with the pricing of petroleum itself.”

He said that there is an expectation in the Appropriation Act for NNPC to pay at least N120 billion to the Federation Account.

Kyari explained  that NNPC’s low declaration to the Federation Account is connected with its cost of operation.

“The value the nation will expect from us will not be realised as far as we have this structure around under-recovery of price of petrol.” he said.